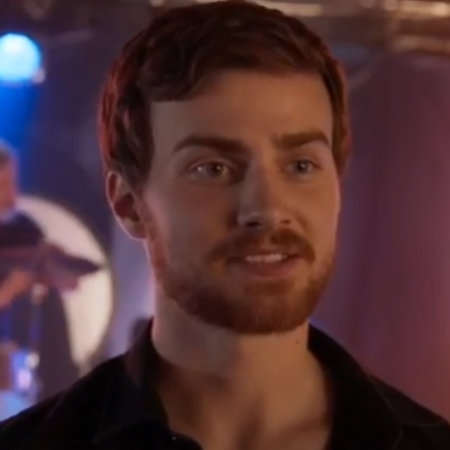 Matthew Barnes is an American actor and writer who has notably appeared in the TV series Atlanta. He has also been cast in the shows like Strange Angel and The Haves and the Have Nots. Moreover, the actor has starred in films, including The 15:17 to Paris and Billy Lynn's Long Halftime Walk.

How Old Is Matthew Barnes?

Matthew Barnes stands tall at the height of 6 feet 2 inches or 1.88 meters. He was born and raised in Johnston, Rhode Island, the United States. He has a sister, Kathrine Barnes, who is an actress and writer.

In 2010, he moved to the Southeast to enroll at Auburn University, where he earned a bachelor's degree in Radio, Television, & Film and a minor in Theatre.

He holds American citizenship and belongs to white ethnic background.

Matthew Barnes made his debut as Jackson in the short project Water Works in 2013. He then appeared in the short film Affliction and TV series like The Vampire Diaries and The Game.

In 2016, he acted in the action-drama film Billy Lynn's Long Halftime Walk. The next year, he was cast as Officer Allen in the television series The Haves and the Have Nots.

He starred in the feature film The 15:17 to Paris in 2018. The same year, he played Lucas in the TV series Atlanta alongside Donald Glover, LaKeith Stanfield, and Zazie Beetz.

The actor was seen as Agent Wallace in the television series Strange Angel in 2019. That same year, he was featured as Derek in the horror film Apparition.

Atlanta actor is predicted to have an estimated net worth of $500 thousand as of June 2021. The major portion of his wealth comes through his acting work.

Since 2013, the actor has been part of TV series and films such as Strange Angel, The Have and the Have Nots, The 15:17 to Paris, and Billy Lynn's Long Halftime Walk.

The 6 feet 2 inches tall actor is not married and isn't dating anyone at the moment. He hasn't opened anything related to his relationship status until now.

Unlike other celebrities, he is not active on any social media platforms. So it makes us even harder to track down his actual personal life details. As of now, he seems focused on his career and upcoming projects.