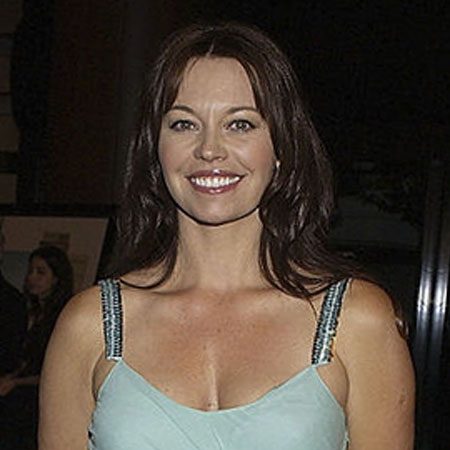 Musetta Vander is a famous model and an actress who has worked in many science fiction and fantasy movies. Having worked in both movies and television, Musetta Vander has dozens of Hollywood films and Television series to her credit including Under the Bed, Spreading Darkness, Shine, Criminal Minds: Beyond Borders, and Hawaii Five-0.

Musetta Vander was born Musetta van der Merwe on 26th of May, 1963 at Durban in South Africa. Her birth sign is Gemini, and she is nationality wise a South African. She belongs to mixed ethnicity.

#Happy #mothersday to my beautiful #mom all the moms out there! #celebration #kids #family #children #teachers #childhood #parents #photooftheday

Musetta Vander's mother was a ballet teacher, so her interest in acting and dancing started at a very young age. She made her first stage appearance when she was just four years old.

Vander performed in a show which was choreographed by her mother. Under the guidance of her mother, she also qualified as a ballet teacher after she finished school. She has a Bachelors of Arts degree in Communications and Psychology.

Immediately after finishing college, Vander worked as an anchor in a South African Television show. After that, she shifted to Los Angeles in the United States looking for better opportunities.

Her career took a significant leap when she got featured in music videos for famous artists including Rod Stewart, Tina Turner, Elton John, Chris Isaak, and Amy Grant.

She made a breakthrough in the television industry as Zander Tyler in the 1991-92 television series 'Super Force.'  Her first movie appearance was the 1989 film 'The Endangered' in which she played the role of Christine Pickering. After that, there was no looking back for Musetta Vander.

Her work on television includes shows like Highlander, Buffy the Vampire Slayer, Star Trek: Voyager, Secret Agent Man, The Bold and the Beautiful, Criminal Minds: Beyond Borders, etc. Vander has also appeared in dozens of music videos and television commercials.

Apart from her involvement in acting, she is also a Master of Medical Qigong Therapy and Medical Qigong Oncology. She is quite passionate about meditation and alternative healing. She is engaged in Qigong workshops and teaching people about this method during her free time.

Musetta Vander has already done dozens of movies and television series which have become a commercial hit. Her net worth is estimated to be around $1 million. An average salary of an actress in the USA is $50235 and since she has been active in the industry for many years, we can assume she earns more than the given figure.

The 56 years old, Musetta Vander is married to longtime boyfrined-turned-husband, Jurer Meister. The shared the wedding vows on the day of Christmas on December 25, 2018.

They shared the news to their fans through Instagram platform sharing the picture of them.

Standing at the height of 1.7m/ five feet and eight inches, Musetta Vander is quite a tall lady. At the age of 53 years, she still looks gorgeous and is very healthy. She weighs 125 lbs, 57 kilograms, and her body measurement ratio is 34-25-35 inches.