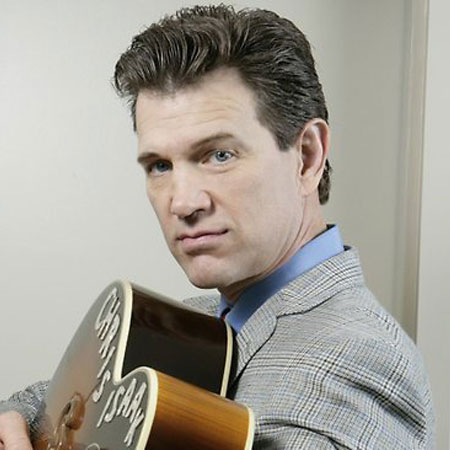 Christopher Joseph "Chris" Isaak was born on June 26, 1956, in Stockton, California at St. Joseph's Medical Center to Dorothy Vignolo who was a potato chip factory worker, and Joe Isaak who was a forklift driver. Isaak comes from a Catholic Black Sea German from North Dakota from his father’s side, whereas from Italian American, from Genoa from her mother’s side. His father recently died in 2012.

Isaak was always interested in music and thus wanted to pursue a career in music. He subsequently signed a contract with the Warner Bros. Records in 1984 and then released his first album, Silvertone.

His contract was renewed when Warner Bros. moved him to their Reprise Records label in 1988. Isaak's released the song Wicked Game on the 1989 album Heart Shaped World. Its instrumental version of the song was later featured in the 1990 David Lynch’s film Wild at Heart.

At the time the single became a national Top 10 hit in February 1991and also reached No. 10 in the UK Singles Chart. Furthermore, the music video for the song became really popular which was directed by Herb Ritts. It was shot in black and white and featured Isaak and supermodel Helena Christensen.

Chris went on to star in his own television show, The Chris Isaak Show in 2001. Isaak went on to collaborate with fellow John Shanks for his 2009 album Mr. Lucky and then released an album called Beyond the Sun, which was recorded in Memphis, Tennessee at the Sun Records studio recently.

Chris will be performing at the 2015 AFL Grand Final. Isaak is also known as an actor who is noted for the 1993 Bernardo Bertolucci-directed Little Buddha, David Lynch's Twin Peaks: Fire Walk with Me.

He has appeared in many movies including Married to the Mob, The Silence of the Lambs, That Thing You Do!, A Dirty Shame, and The Informers. He will be replacing Redfoo in the seventh season of The X Factor Australia.

Isaak has not been married yet. He doesn’t have any children. Isaak first dated model Anka Radakovich. However, it did not work out between the two of them thus he began dating actress Margaret Cho. They separated after a couple of years. Chris was never into serious relationships. He did not even have an engagement with any one of them.

Later he dated actress Minnie Driver and then Caroline Rhea. There were then rumors that Chris was dating supermodel Helena Christensen whom he had worked in a video with. Chris then began dating Bai Ling in 1999. They then split up. Currently, Isaak is single and does not have a wife. Isaak is very often seen with many women but has not had any intention of getting married to anyone.

Chris' net worth is estimated to be $21 million. He has achieved a lot throughout his music career. He has garnered many awards including the Stockton Arts Commission STAR Award in his hometown of Stockton, California.