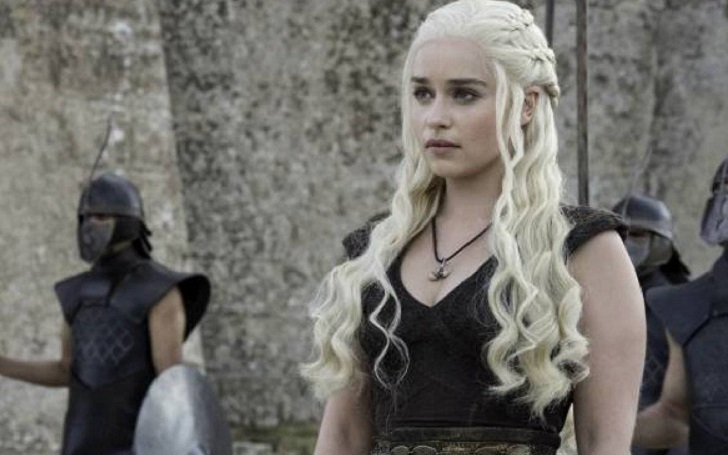 Daenerys Targaryen AKA The Mother Of Dragon AKA Khaleesi AKA Emilia Clarke Has Shared Never Seen Before Pictures From Her Past Hospitalizations.

Back in March, the Game of Thrones star English actress Emilia Clarke revealed that she had survived two life-threating brain aneurysms. In the essay “A Battle for My Life” published in The New Yorker’s website, she revealed and explained her near-death experiences. 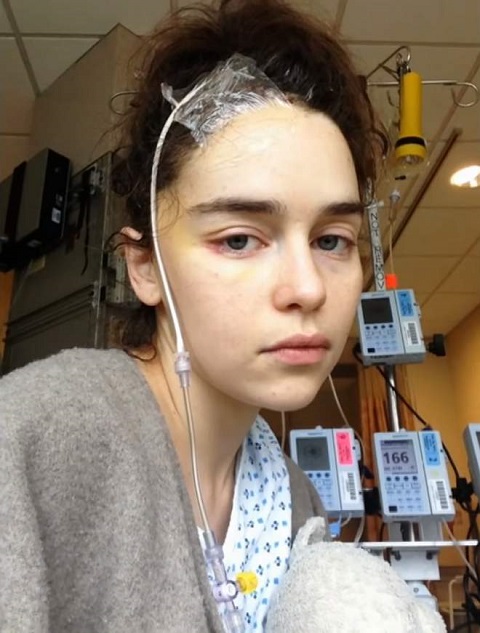 Emilia first got hospitalized in 2011 after filming the first season of the hit HBO series, Game of Thrones. Emilia, who was 24 years old during that time, was at the gym when she began feeling as though an elastic band was squeezing her brain.

She went on remembering and sharing the moment revealing that the diagnosis was quick and ominous. It was a life threating type of stroke which was caused by bleeding into the space surrounding the brain. 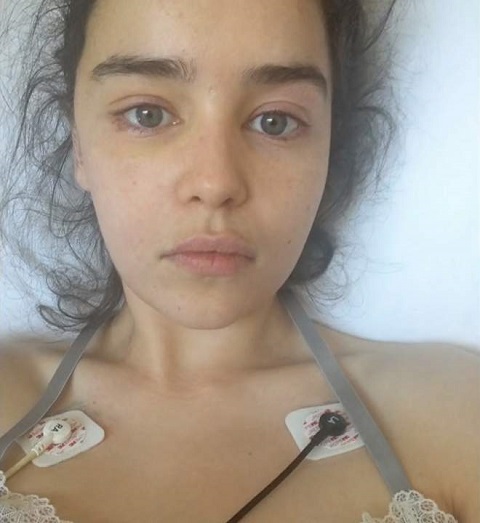 Emilia was then transported to National Hospital for Neurology and Neurosurgery in London where she went undergo brain surgery.

Again, after finishing the shootings for Game of Thrones’ season three, she appeared in the role of Holly Golightly on Broadway. While Emilia was in New York City, she had a brain scan which showed that the growth on another side of her brain had doubled the size and needed to have surgery.

However, she was screaming in pain when she woke up. 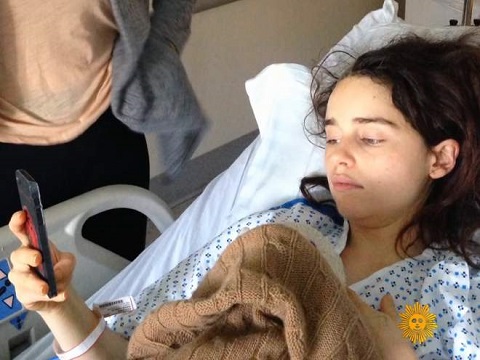 In the essay, Emilia explained that the procedure had failed as she had a massive bleed and doctors made it plain that the chances of her surviving were precarious if they did not operate again.

Next time, the doctors had access to her brain in the old fashioned way; through her skull. The operation happened immediately.

After the operation, Emilia was hospitalized for a month for recovering.

Emilia, in her essay, admitted that she wanted to help people experiencing similar health journeys, thus developed the charity SameYou that provides treatment for people recovering from brain stroke and injuries.

Emilia recently revealed that her Game of Thrones family helped her much in her recovery journey.