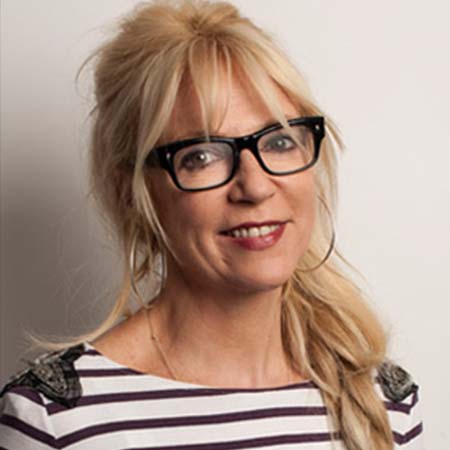 Morwenna Banks is a popular British comedy and voice actress, producer and writer. She is a British Animation Award winner for Best Voice Performance in Ben & Holly's Little Kingdom: Nanny's Magic Test. Besides, she is also well-known for voicing in the series like Madame Gazelle, Dr. Hamster, and Mummy Pig characters in the Peppa Pig animated children's series. Further, she is also notable for her contributions to the series Meg and Mog, Hyperdrive, and Ben and Holly's Little Kingdom.

Truro went to High School for Girls and later joined the Robinson College, Cambridge. Further, she was a member of the Cambridge Footlights from 1981 to 1983.

Morwenna Banks made her acting debut in 1985, appearing in an episode of a comedy sketch show, The Lenny Henry Show. The following year, she was cast in Comedy TV Series, Saturday Live.

After that, she finally got a lead role as a various character in British comedy series, Absolutely before working in Dangerous Brothers Present: World of Danger, Red Dwarf, All Change, and A Bit of Fry and Laurie among others.

In Addition, she got another lead role in British comedy series, Bang, Bang, It's Reeves and Mortimer, alongside Matt Lucas, Simon Day, Tony Way, and many others. Further, she was selected for the main role, Eva Starzia Schnorbitz Melitzskova in 2001 British sitcom, Baddiel's Syndrome, starring Stephen Fry, David Walliams, Gareth Thomas, and others.

As of now, Banks' last appearances was in the British television series, This Time with Alan Partridge, starring Susannah Fielding, Steve Coogan, Felicity Montagu, Tim Key, and others.

Morwenna Banks has been active in the entertainment industry for over three decades and has worked on numerous movies as well as television series. Considering her career growth, Banks's net worth can be expected in the seven-digit figure.

Morwenna Banks aged 57 (2019) is married to the famous English comedian, novelist and television presenter, David Baddiel. She is a private person when it comes to her personal life, so we cannot found their exact marriage date at the moment.

The couple is a proud parent of two children, a daughter, Dolly, and a son, Ezra. As of now, the family of four happily lives in Los Angeles.

A short interview of Morwenna Banks: