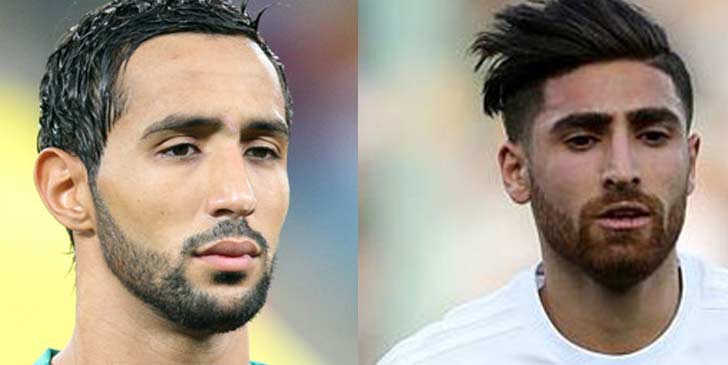 The underdogs of Group B Morocco and Iran battled each other out in the third match of the 2018 FIFA World Cup at Krestovsky Stadium, Saint Petersburg. The game started with Morocco dominating the game as they had the ball in their possession most of the time and hit a total of 9 shots with two on target. Iran also had a fair chance at the goal hitting of 5 shots in the first half, however, failed to hit the target.

For Iran, Alireza Jahanbakhsh played very well and for Morocco, the captain Medhi Benatia held the defense line preventing Iran from attempting a shot. Morocco got 8 chances inside the box and out of 245 passes 205 passes were accurate. 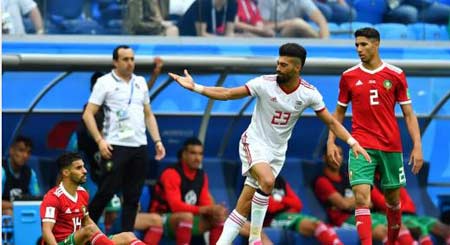 In the second half as well Morocco overpowered the Iranian team and in the few minutes of the second half Ahmadi created an opportunity to score with a lovely cross to Amrabat but he was unable to convert it.

As the second half progressed Iran slowly got into the game, moving the ball around with some accurate passes. Both the defenders Ehsan Haju Safi and Roozbeh Cheshmi did a fantastic job at the defensive line for Iran. Mehdi Taremi cam in at 68 minutes replacing Masoud Shojaei. Taremi is a promising player who scored most of the goals in the qualifying matches for Iran.

A stunning left-foot volley from Hakim Ziyech in the 80 minutes was saved by Beiranvand. Three of the Irani players was booked namely, Masoud Shojaei, Alireza Jahanbakhsh and Karim Ansarifard where only Karim El Ahmadi got a yellow card from Morocco.

Despite Morocco dominating throughout the match at the end, Iran won the match 1-0 in injury time with an own goal scored by Aziz Bouhaddouz. It is Iran's first World Cup win in over 20 years.