Is Mohamed Hadid and Shiva Safai Planning A Wedding After Their Engagement? 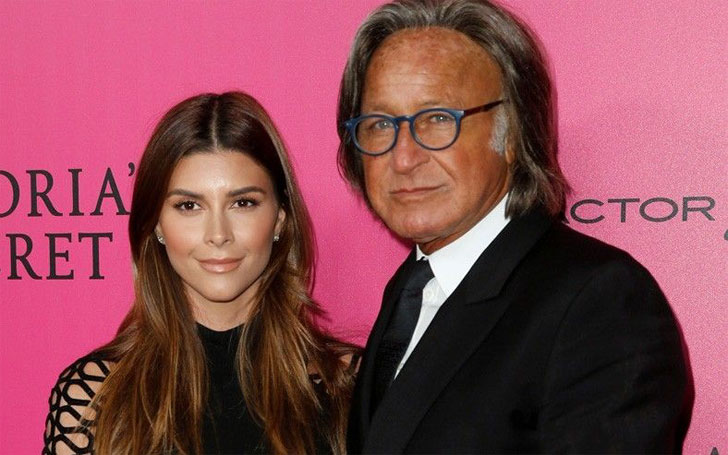 The business tycoon Mohamed Hadid known for his huge empire is one of America's top real estate developers. Hadid is also renowned for his appearance in the reality shows including The Real Housewives of Beverly Hills, Shahs of Sunset and Second Wives Club.

Currently, the father of five is engaged to model Shiva Safai who is 33 years younger than him. So, Are Hadid and his model girlfriend planning to marry soon? Has the age gap affected their relationship? Well, we have all answers her.

Jordanian-American real estate developer Mohamed Hadid is currently engaged to his long-time girlfriend, Shiva Safai. Hadid proposed to her in 2014, but haven't given any hints regarding their marriage.

The 35-year-old model and her millionaire fiancee has been dating over four years and engaged for two years now, and even with the pressure to marry, the pair shares "happy and content" relationship.

Shiva Safai with her fiancee of two years Mohamed Hadid

The couple is inseparable as they usually appear together in several red carpet events. They most recently showed up in the 2017 Victoria Secret's fashion show in Shanghai, China where Hadid's daughter Bella featured.

Second Wives Club star shared the captured moment on the event with her fiancee Hadid on her Instagram account with over 703k followers.

Despite, their 33 years age difference, their relationship seems to be sailing smoothly. In fact, the model doesn't care about the age gap. She said:

She also shared a healthy relationship with Hadid's model daughters, Gigi and Bella from his second marriage with Yolanda Hadid.

The 68-year-old real estate developer Hadid has been married twice. His first wife was Mary Butler. The couple together has two daughters, Marielle Hadid, born in 1980 and Alana Hadid, born in 1985. They got divorced in 1992. Mohamed Hadid with his second wife Yolanda Hadid and daughter, Bella, 21 in an event in New York City

Their relationship lasted for around six years and the couple divorced in 2000. They, however, didn't reveal the reason for their separation. They are still good friends and usually appear together in several fashion shows featuring their daughters.