MMA Fighter Rampage back with Ex-Wife Yuki Jackson after 12 Years! Details about their Married Life! 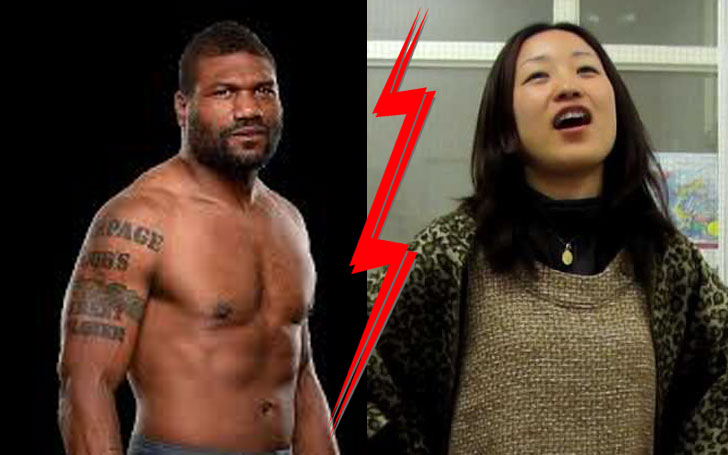 Quinton "Rampage" Jackson is a Well-known name in the MMA. He is one of the best mixed martial artists of all time. So, he is always in headlines for his activities both inside and outside the octagon.

Rampage's married life is one of the many reasons why he is always in the spotlight. Quinton married a Japanese lady named Yuki Jackson and got divorced n 2006. But after 11.6 years this couple is together again and living happily.

Why did they get a divorce? Let's know more about this couple

Rampage and Yuki are living together with their four children(D'Angelo, Raja, Elijah, and Naname). Biologically, Yuki is the mother of only two of the children(Elijah and Naname).

D'Angelo and Raja are Quinton's children from his ex-flame, they met at college and separated soon. Rampage and Yuki got divorced after the paternity test which shockingly proved that their youngest son Raja Rampage Jackson was fathered with another woman in 2000.During the pregnancy, Raja's mom was using the drugs and the custody was given to Jackson.

Rampage and Yuki are again living together after a divorce that lasted almost 12 years.They are recently living at Lendra Ranch in California. Yuki is the super mommy and looks after all four kids, most of Rampage friends call her as Mama-San.

Looks like the couple is having a lot of fun together and with the kids. This is one of a kind story as divorced couple never really get back together, let alone after 12 years!