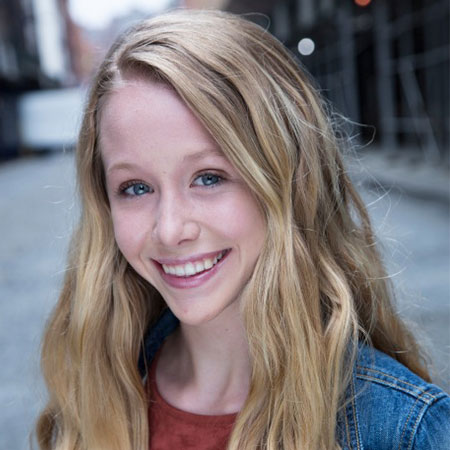 Famous for her role as Josie Pye on the Netflix/CBS original drama series “Anne with an E,” Miranda McKeon is an aspiring American actress. The 17-year-old actress also returned to the show in its second season in 2018. McKeon has also become a popular face on Instagram within a couple of years since her debut.

Miranda McKeon, the rising talent in the entertainment industry, was born on 22nd January 2002 in New Jersey, the United States of America. She is an Aquarius which predicts her personality traits to be kind, humanitarian, intelligent, inventive, independent, and loyal.

She took to her Instagram on January 23rd, 2019 sharing her photo where she carried two number balloon showing 17, her 17th birthday which she captioned “17 of 71.”

CAPTION: Miranda McKeon with her friend in her childhood SOURCE: Pinterest

She also posted a photo with a man in November 2015 which she captioned “Favorite person in the world.” The man is speculated to be his father, however, she has never announced him as his father. There is very less information regarding her educational background and early childhood.

Miranda McKeon was interested in acting from an early age. Before she debuted in her professional acting career, she worked with the Class Act NY’s training program for teens in 2015. Later, she also appeared in Thoroughly Modern Millie, Jr., and in an off-Broadway production Little Miss Sunshine at the Second Stage Theater.

Miranda McKeon is a rising actress who has just worked in a film and a series so far. The 17-year-old rising actress has a long acting career in front of her. She has earned a good sum of money for her work along with fame. But, her net worth is still under the review as of now.

She has not been open about her income and earning sources with the media, however, we expect she will open up about her net worth.

Miranda McKeon lives a blissful single life as of 2019. She hasn’t talked about her romantic life to the media yet. Further, she can be seen enjoying her life with her friends, family, and other closer circles in her Instagram posts. As of now, she doesn’t have any boyfriend. Probably, she is focused on building her acting career.

She also loves traveling around the world and she also shares with her fans and followers through her Instagram. She once traveled to Bali, Indonesia in March 2016. She has shared several photos on her social media showing her trip to several places across the US and outside as well.