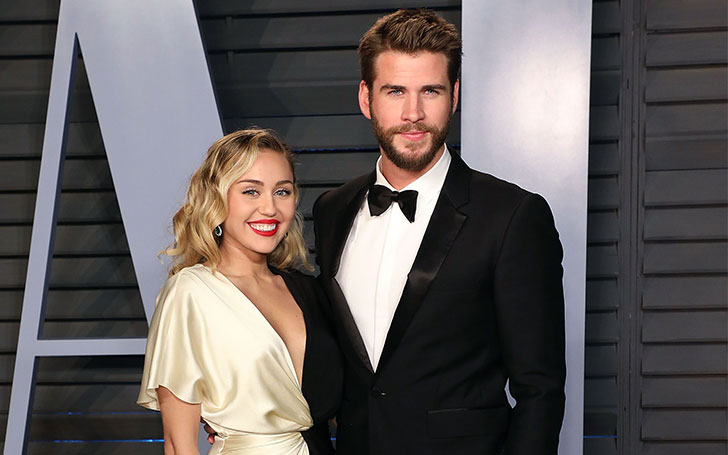 Miley Cyrus, 26 and Liam Hemsworth, 29 walked down the aisle on December 23, 2018, Sunday. The wedding ceremony took place in Tennessee and only close family and friends were in attendance.

A couple of days later on Wednesday, Cyrus shared her wedding photos on Instagram surprising fans all around the world.

This is probably our one - millionth kiss ....

On one of her photos, she captioned 10 years later. Most of her followers gave positive feedback on their wedding.

The lovely duo met way back on the set of the film "The Last Song" in 2009. Later on, in 2010 they began dating and confirmed their relationship.

Don't Miss: Are Liam Hemsworth and Miley Cyrus Engaged Again? Why Liam frequently gets back to Miley?

In 2015 they were spotted together and announced about their reunion to the world.

Actually, the newlyweds planned to get married at the home of Cyrus, Malibu. Unfortunately, there was a devastating wildfire in California and the pair had to abandon their home which was burned down in the wildfire. Thus, they moved to Miley's another home in Franklin, Tennessee.

You May Be Interested: Kanye West Donates $500k To The California Wildfire Victims