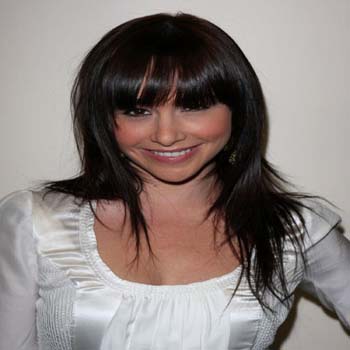 Danielle Andrea Harris is an American film director and an actress who was born on June 1st 1977 in Queens, New York, US. She is known for her work in various horror films as scream queen like Halloween 4: The Return of Michael Myers, Halloween 5( The revenge of Michael Myers), Halloween II, and new version of Halloween. Besides her acting in horror films she is also known as child actress. She was also noted for her voice acting one of them is a complete TV series The Wild Thornberry  as Debbie Thornberry and also father of the Pride as sierra. She is friend with actress Jennifer Blanc and close friend with actress Kimberly Mccullough. She had also celebrated her 12th birthday on set of Halloween 5 in 1989.

Harris is the daughter of Fran. She also has a younger sister named Ashley. She was raised by her mother. She is a Jewish. When she was two years old her mother along with her and her sister moved to Port Orange in Florida. There she attended Spruce Creek Elementary School. In her school she won a beauty contest, a trip to New York for ten days as winning price. During the trip she got many modeling jobs offer but she refused all of them because she was far from home. But later on they got shifted in New York back because of her job. After that she started her modeling career and started appearing in television commercials also.
Harris got engaged to David Gross in 2013. Later on they got married on 4th January 2014. In September 2013 Harris had stated in an interview that she will be taking a break from her acting career because to have a family and also to focus on her directing career.
In 1995 Harris was hara s sed by her an obsessed fan named Christopher Small who used to write letters by threatening to kill her. Later on her an obsessed fan Small got arrested. On 9th January 2007 she had shared her experience by appearing on a show named The Dr. Phil show.

In 1985 when she was 8 years old she was casted in the ABC soap opera named One Life to Live as Samantha Garretson. She did the program for three years. After that she had appeared in a series Spenser: For Hire as Tara. After her success in One Life to Live she debuted in a horror film Halloween as Jamie Lloyd. She had also stated that it was fun for her for doing such films. After that she acted in sequel Halloween 5: The revenge of Michael Myers and then Halloween 5. She had continued to do horror film. After that she appeared in Marked for Death in 1990, her third horror film which was directed by Dwight H. Little. The next year she did various television projects and also several films. Then she acted in Don’t Touch My daughter, a made-for-television film. After that she appeared in In Living Color, a sketch-oriented show. In 1991 she acted in the leading role in a film named Don’t Tell Mom the babysitter’s Dead, a comedy film as Melissa Crandell. But the film got negative review. In Eerie Indiana Harris had appeared in guest role in 1991.  She had also appeared as guest in Growing Pains. She had also acted in action film The Last Boy scout as Darian Hallenbeck in 1991. She only guest appeared for three years.

In 1992 she acted in a comedy series Roseanne as Molly Tilden. In next year she did a film The Women Who Loved Elvis. In 1994 she again acted in a drama series named The Commish and also in the same she also portrayed the main character in a film called Roseanne: An Unauthorized Biography. In 1996 she had again done a made-for-television film named Wish Upon a Star. She also did supporting role in film Daylight which was released in the same year. After that she again started doing horror films. Inn January 2007 it was confirmed that she will be doing Halloween. In 2009 she had again continued to act in sequel Halloween II which was officially release on 28th August 2009. She had also done many films like Blood Night: The Legend of Mary Hatchet (2009), The Black Waters of Echo’s Pond (2009), Hatchet II (2010), Stake Land (2010), The Victim (2010), The Trouble with Truth (2011), Chromeskull: Laid to Rest 2 (2011), Hatcher III (2013), See No Evil 2 (2014), Night of the Living Dead: Origins 3D (2014).