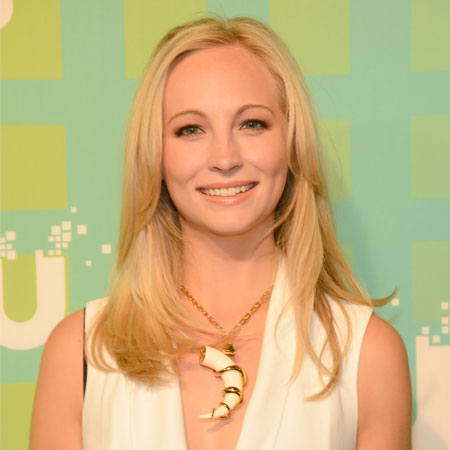 Candice Rene King, better known as Candice King is one of the famous television/film actress, singer, and songwriter. She is best known for playing the role of Caroline Forbes on The CW’s The Vampire Diaries.

Candice King is an American actress, born on May 13, 1987. She has also made her mark as a singer and a songwriter.

King was born to Carolyn, an environmental engineer, and Kevin Accola, a Cardiothoracic surgeon. Her parents are active in the local Republican political party.

Candice King has a younger brother Kree Thomas. She spent her childhood years with her brother in Edgewood, Florida, and Orlando.

She completed her schooling from Lake Highland Preparatory School in Orlando.

Candice King released her first album ‘It's Always the Innocent Ones,' in 2006.  The album didn't get critical acclaims at first. However, when she released it in Japan in 2008, it was quite big there.

In the year 2008, Candice King appeared as herself in the 3D concert film 'Hannah Montana and Miley Cyrus: Best of Both Worlds Concert.'

Candice King's first acting role was in the television series ‘How I Met Your Mother’ in 2007. She had a small part.  Later she appeared in Supernatural, Drop Dead Diva, Greek, Dating Rules.

After appearing in some TV roles, King appeared in horror film Deadgirl in 2009. In the same year, she appeared in The Hannah Montana Movie as well.

In 2009, Candice was cast in The CW television series The Vampire Diaries where she appeared along with Nina Dobrev, Kat Graham, and Paul Wesley.

She portrayed the role of Caroline Forbes for which she won the 2012 Teen Choice Award for Scene Stealer Female.

Candice King's net worth is $4 million at present. She is involved in music and acting as well. Given that she has sung for and worked on successful projects like Hannah Montana, The Vampire Diaries and How I met your mother.

She has appeared in episodes of How I Met Your Mother, Supernatural, Greek, and Drop Dead Diva and has also appeared in the movies Juno, On the Doll, X's & O's, Deadgirl, Love Hurts, Kingshighway, and The Truth About Angels

Candice is currently married to Joe King, a renowned guitarist, songwriter, backup singer and the co-founder of successful American rock band 'The Fray.'.