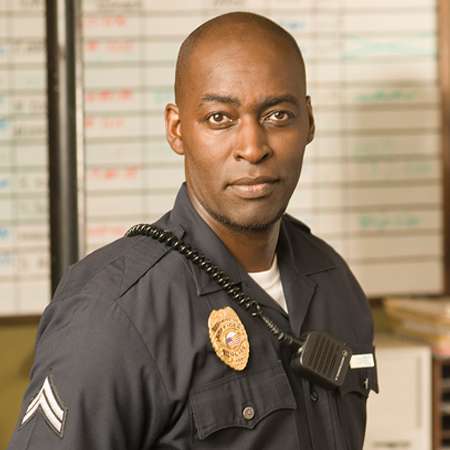 Michael Jace was born as Michael Andrew Jace on July 13, 1962, in Paterson, New Jersey, US. He belongs to South African ethnicity and holds an American nationality.

Michael has also appeared in the American science fiction thriller film Strange Days as a bodyguard to a corrupt record executive.

In the year 2000, Michael appeared in the American sports comedy film The Replacements as prison inmate-turned-football player along with Keanu Reeves, Gene Hackman, Jon Favreau, Brooke Langton, and Jack Warden.

Michael Jace has married twice and is divorced with his first wife. Jace married his first wife, Jennifer Bitterman on October 21, 1995. Bitterman filed for divorce in 1997 citing irreconcilable differences as the reason for divorce. However, the divorce was finalized in 2002. They have a son, Jordan Jace together.

The reason behind their divorce was later known to be domestic violence. A close friend of Bitterman revealed that she had witnessed violent incident several times between the couple.

Jace married for the second time to April Denise Laune on June 3, 2003. However, Shield actor shot and killed his wife April on May 19, 2014, at their home in LA.

His former wife, April Jace was an American master track and field athlete. He has two children both sons named Nehemiah and Celeb from April.

According to the police, Jace called the police after shooting his wife and confessed:

I shot my wife.

Shield actor killed his wife in front of their two children right after she came from the baseball practice. April wanted the divorce from Jace which is known to be the reason for her murder as Jace thought that she was having an affair and cheating him.

Michael Jace was charged guilty of second-degree murder of his wife on May 22 and was handed a 40-years prison. After the decision by the judge, Jace said:

There is absolutely no justification for my actions on that night. I am profoundly sorry for the pain that I've caused everyone.

However, he claimed that he had no any intention to kill her and was a sudden incident which was caused because of his high temper.

Michael Jace filed for the bankruptcy in 2013 and claimed that he is in $500 thousand debt. His annual income is $80 thousand. He had $411 thousand at home during the murder of his wife.

Michael’s net worth is expected to be around -$400 thousand.

Forrest Gump The Shield Planet of the Apes