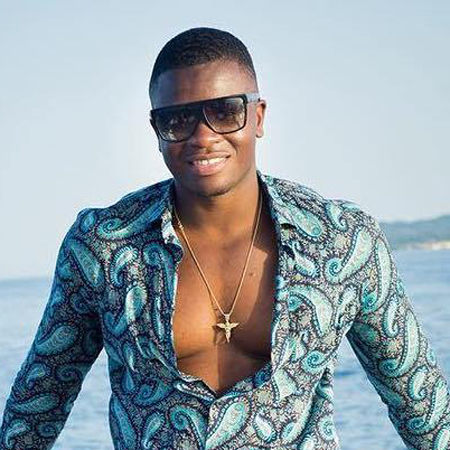 Michael Dapaah aka Big Shaq is a popular Engish parody rapper, actor, and a comedian. Dapaah runs a self-titled YouTube channel where he frequently uploads self-made videos and parody songs. He is also known for his mockumentary SWIL. Dapaah rose to fame after releasing his freestyle rap, Man's Not Hot which went viral on YouTube and earned millions of views within months. The rap is the most viewed song of the English rapper which has boasted a ma s sive 313 million views as of January 2019.

Michael Dapaah was born on 10th August 1991, in Croydon, London, England under the birth sign Leo. Dapaah is English as per nationality and as far as his ethnicity is concerned, he is of Ghanaian descent.

Dapaah was born to father Joseph Dapaah. He has two siblings, Heather Dapaah and Edward Dapaah. His sister Heather owns her own hair salon, and his brother Edward has appeared on the YouTube series in a recurring role.

In 2014, Dapaah graduated with the Bachelor degree in Theater Arts and Acting from the Brunel University London.

Michael Dapaah started appearing as a motivational speaker soon after his graduation. He later became popular from his contents and videos on YouTube.

Michael Dapaah began his career in the entertainment industry gathering a social following for his own comedic online skits, series of short comedy scenes. Dapaah adapted his skits on his YouTube channel, Michael Dapaan as a mockumentary series titled, SWL (somewhere in London).

#SWIL The Officer Trailer was the first video uploaded by him on his channel. The SWIL videos grabbed over 1 million views in its first series. The rap also reached top 5 in the UK.

Later, Dapaah appeared on the Charlie Sloth's BBC Radio 1Xtra show, Fire In the Booth. He released his comedic rap titled ''Man's Not Hot'' on 22nd September 2017. The backing track of the rap was sampled from 67 and Giggs' 2016 track Let's Lurk. The rap developed into a viral meme at the time.

Big Shaq's rap contains gibberish nonsense mixed with jokey references. The most popular part of the rap starts like this,

The rap was three-time gold certified and one-time platinum certified. The rap song succeeded to grab millions of views to date. The rap gave him ma s sive popularity as a parody rapper. The video reached #3 rank in the UK's musical chart.

Following the success of his first song "Man's Not Hot," Big Shaq released another video "Man Don't Dance" which reached the #78 rank in the UK's musical chart.

Michael Dapaah's Net Worth And Salary

Dapaah earns about $153.5k to $2.5million per year from his YouTube channel which has over thousands of subscribers. He also earns by selling Big Shaq T-shirts.

As of early 2019, Michael Dapaah is not married and not dating any girlfriend. Big Shaq, who currently resides in Croydon, London is a close friend with the rapper Stormzy. He is a freestyle rapper who rose to ma s sive popularity after releasing his song Man's Not Hot on YouTube. He also earned popularity as Roadman Shaq.