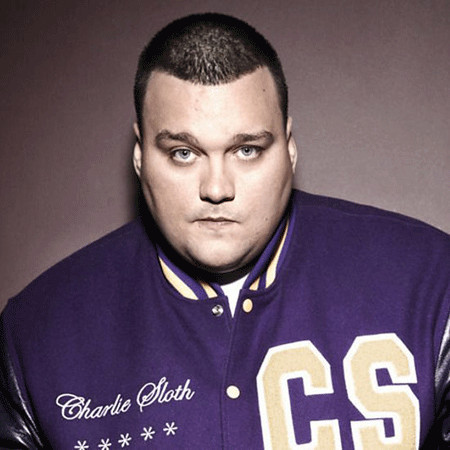 Not only is he a super talented person, but he is also an impressive Disc Jockey (DJ), a phenomenal rapper, an actor and an entertaining TV presenter. We are talking about none other than the very successful and multi-talented Charlie Sloth.

Charlie Sloth was born in the year 1987 on the 20th of August and this makes his age 28 at this time. At this early age, he has already reached the heights of success and his elegance and talent have guided him to the very top of the industry.

He was born in the United Kingdom which makes it obvious that his nationality is British. He is a very hard working person and he has made his parents very proud of each step of his life. He belongs to British nationality and his ethnicity is mixed.

In the year 2004, Charlie Sloth released his first mixtape which was named as The Big Boot. The mixtape did wonders and people started recognizing him. He then released his second mixtape called Secret Society in the year 2006.

In the year 2008, he released a mixtape called Hard Being Good and the mixtape managed to win the hearts of the listeners again. His last mixtape was The Black Book, which was released in the year 2010.

His career started with a bang and he has since been working hard to achieve more success. In the year 2007, he won the Most Original Video at the CraveFest Awards held in Canada. This gave him a lot of confidence and the career boost that he needed.

He has since released several mixtapes till today and all of them have been very successful. Sloth also has an album to his name which was released in the year 2014. The name of his album was Hood Heat VOL1 and it was released by Virgin Records.

His upcoming tours are very much awaited. He has a show on the 21st of September in a place called Stoke-on-Trent. That event will be followed by the one in Pryzm which lies in Bristol.

Charlie Sloth's Net Worth And earnings

According to celebrity net worth, Charlie Sloth's estimated net worth is $3 million at present. He has been very successful in his career and this has given him great earnings and wonderful net worth. He won Most Original Video honors for "Guided Tour of Camden" in 2007 at the CraveFest Awards.

He has his own show, "Fire in the Booth", with frequent guest appearances from other DJs and musicians, and puts out a weekly podcast, the "SlothPod".

The artist has also been running his own Youtube Channel CharlieSloth which has over 511.6 K subscribers as of 2019. It also plays a major role to boost up his net worth.

Even after being so popular and so successful, he has managed to keep his personal life entirely private. No one knows whether he is gay or not. If he is not gay, he has not revealed anything about the person he is dating or about his girlfriend.

He is definitely not married and does not have a wife at this time. In fact, nothing is available about his personal life at the moment.