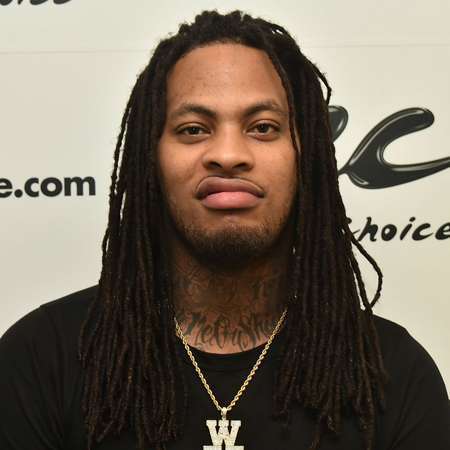 Waka Flocka was born on May 31, 1986 as Juaquin James Malphurs. Waka was born in South Jamaica, Queens, New York, United States. Waka was born as the son of Debra Antney, who is a rapper Gucci Mane's former manager. Waka Flocka's nationality is American and Flocka's ethnicity is African American. He has four brother and they are Kayo Redd, Wooh Da Kid, Rahleek Malphurs and Tyquam Alexander.

Flocka's first ever hit songs was O Let's Do It" in 2009 which also gave him breakthrough in musical industry. This song ranked number 62 in Billboard 100. Flocka is also an active member of 1017 Brick Squad with Gucci Mane, Wooh Da Kid, Frenchie and OJ Da Juiceman. On October, 2010 he released his first album Flockaveli and his debut album was ranked sixth on US Billboard 200.

In 2011, he released several mixtapes among which some of the hit singles are Salute Me or Shoot Me 3 and his last Twin Towers 2. Flocka collaborated along with Gucci Mane and released an album entitle Ferrari Boyz on August 9, 2011. Flocka released his second studio album Triple F Life: Friends, Fans & Family on October 14, 2011 featuring Canadian rapper Drake.

Along with guest appearances like Gucci Mane, Lil Wayne and Young Scooter he released his mixtape DuFlocka Rant 2 on February 5, 2013. Some of the Flocka's notable mixtapes are DuFlocka Rant: Halftime Show, From Roaches to Rollies, Re-Up, I Can't Rap Vol. 1, The Turn Up Godz Tour, Salute Me Or Shoot Me 5 and Flockaveli 1.5.

Waka Flocka's current relational status is married and his sexual orientation is straight. Waka and his current wife Tammy Rivera had an affair for a year before their marriage and they married on May 25, 2014. Waka along with his spouse has been featured in reality television franchise Love & Hip Hop: Atlanta. Waka and Rivera are also often spotted in several musical events and musical awards together.

Waka's younger brother KayO Redd was found dead, which later confirmed as suicide on December 31, 2013. After the death of his brother he changed his diets and become vegan. Waka has also been featured in several concerts and world tours. Waka Flocka current lives in Queens, United States of America along with his wife Tammy Rivera.