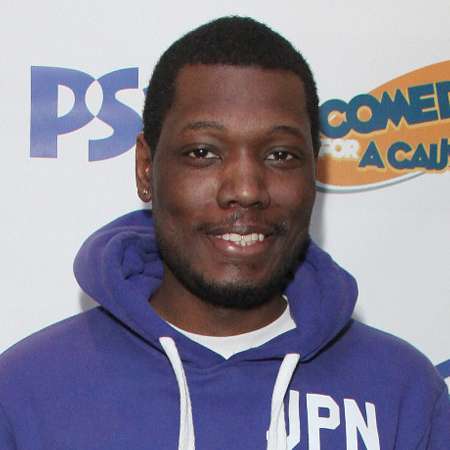 Michael Che is an American actor, comedian, and writer. Che rose to fame and grabbed a huge attention following his work on the late-night live TV variety show Saturday Night Live, where he is still working as a co-anchor on Weekend Update. Besides, he also served as a correspondent for The Daily Show with John Stewart. And he was also a writer for Saturday Night Live.

Michael Che born Michael Che Campbell on 19th May 1983 in Manhattan, New York U.S. He is the youngest of seven children born to parents Rose Campbel and Nathaniel Campbel. He has six siblings and grew up in Lower East Side, New York. He is an American by nationality and belongs to Afro-American ethnicity.

In 2009, Che started his acting career as a stand-up comedian. He also used to work regularly for differents sets every night. In 2012, he made an appearance on the Late Show with David Letterman. The following year, for his mind-blowing comic skills, he was also named as The 50 Funniest People by Rolling Stone.

Besides, Che is also a media personality who was a correspondent for The Daily Show with Jon Stewart for a short period of time and previously worked for Saturday Night Live as a writer. Che also won the New York's Funniest Stand-Up Competition.

Che replaced Cecily Strong in the fall of September 2014, and became a Weekend Update co-anchor for the 40th season of Saturday Night Live with Colin Jost becoming the first ever  African-American co-anchor in the history of Weekend Update.

A weekly American entertainment trade magazine named him one of “10 Comics to Watch” and bi-weekly popular Rolling Stone magazine describe him as one of “The 50 Funniest People”.

Michael Che, in 2013, joined Saturday Night Live as a guest writer and later he became a regular writer. In 28, April 2014, it was announced that he will join The Daily Show as a correspondent and made his first appearance on June 4, 2014.

However, Che only appeared in nine segments on the show. In spite his brief stay at The Daily Show, he was critically acclaimed by many people for his ability and talent. One of his notable works is the episode of The Daily Show titled “Race/Off- Live From Somewhere'' which was praised by many audiences and Tv Guide regard his work as his signature on the show.

Michael Che, in 2014, appeared in an American comedy movie Top Five as the Chris Rock's friend. In 24th January 2016, Che made an appearance in a sketch mocking the lack of diversity at the Oscars 2016, as Thurgood Marshall. Che also played several minor roles in various movies and television shows, including Chinese Puzzle (2013), Lyle (2014), 'John Oliver's New York Stand-Up Show (2012) and The Half Hour (2014).

Michael Che used to design T-Shirts and sell on NY Streets before he came to spotlight. He was named after a famous Argentinian Marxist revolutionary, physician and author called Che Guevara, which was named by his father.

The diversely talented and hard-working comedian Michael Che has earned a lot of money from his versatility in the field of acting but the exact amount of net worth is still under review which according to some online sources is belived to be more than $1 million.

In the year, Che appeared in the comedy movie Top Five whcih garnered a hafty box office collection grossing over $26 million against its producing cost of around $12 million.

Che's bio can also be obtained from wiki and other biography related websites. He stands at the height of 6' 1½" (1.87 m).

Michael Che is not yet married. But at the beginning of 2017, he hit the headlines after he met Leah McSweeney on a dating app tagged Che as “arrogant” and “D-list” after their chat. McSweeney is the founder and CEO of Married to the Mob, a female fashion line. And there is no information regarding his wife.

Other that this, no addition information regarding his persona life, dating, and affair have been disclosed to the media.