Does SNL's Michael Che Have a Girlfriend? Details About his Affairs and Relationships! 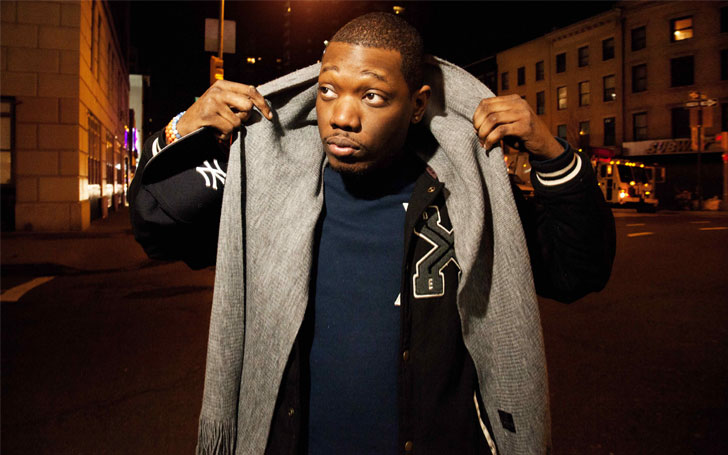 Celebrities' actions are always under observation, fans and media are always tracking everything celebrities do. So, most celebrities try their best not to do anything politically incorrect. Nonetheless, at times celebrities tend to fall in controversies. American stand up comedian

el-che">Michael Che is someone who's quite familiar with controversies.

The writer on Saturday Night Live has sparked controversies several times, at times due to his words and other times due to his dating habits and girlfriends.  Let's discuss the comedian's controversial love life here! Who is he dating currently? We have all answers here.

Who is Michael Che Dating Currently? Is he Still Single?

Earlier this year Michael Che made tabloid headlines for being rude to a  girl he met online. Che's online dating fever does show that the comedian is in search of a perfect match. Let's be real, who doesn't want love in their life? Can't say we can blame Michael Che here!

It does, however, looks like Che is picky when it comes to girlfriends since he hasn't confirmed anyone as his girlfriend yet. It is safe to say that thirty-four years old American standup comedian is possibly single.

In January 2017, Che hit the headlines after Leah McSweeney whom he met on a dating app tagged Che as “arrogant” and “D-list” after their chat.

McSweeney who was previously married to the Mob claimed that Che was rude to her after they two chatted via the dating app. McSweeney shared her disappointment saying:

“I met a comedian, I’ve dealt with a few comedians. They are the worst, I don’t even know why I entertain this but I have to say … Michael Che is so arrogant and so rude and disrespectful that I cannot even believe that someone … you’re like a D-list celebrity to me, whatever, that’s why I don’t even care that I’m saying his name. I’m not like blowing up Jay Z’s spot,”

“Why are you on a dating app if you hate women? Literally, you’ve never met me and you’re texting me like I’m a stupid bitch … texting me and being mad rude. He kept just texting me, going, ‘I’m fat. Does that turn you on?’ And I’m like, ‘you’re fat? I think I’ve seen you and you’re not fat, OK.'”

Michael Che handled the situation in a very SNL way, with some humor obviously! He said, “For the record, I am proud of my curves.”

After only a few months of the McSweeney controversy, the Saturday Night Live star got into some more heat in March after he mentioned Boston as "The Most Racist city". It was as if Che was looking for controversy with a statement like that.

Michael Che mentioned Boston as “the most racist city I’ve ever been to” in one of the Weekend Update segments. He later clarified saying he doesn't feel sorry for what he said, however, Che explained he has no hard feelings those who live there.

Addressing the Boston controversy on March 25, 2017, Che said on his Instagram:

cmon, thats pretty funny! listen boston, my grandma is racist too, but i still love her. & i still love you. anyway, ill be at the @nyccomedycellar all night. cowaBUNGA!!

While he was on the sets on the Boston University, he said he received many criticisms due to his words. However, he didn't apologize.