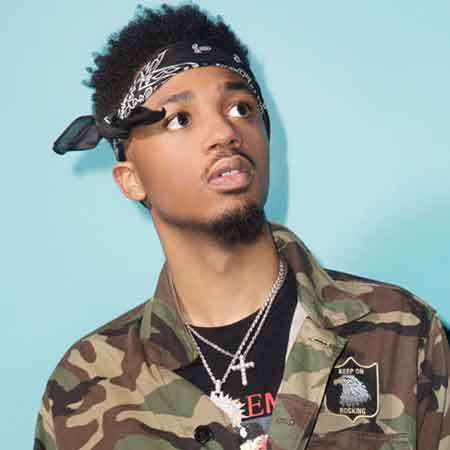 Metro Boomin a well-known record producer and record executive who has worked for several popular Hollywood Musician including Drake, Nicki Minaj, Wiz Khalifa, and others. He released his first mixtape 19 & Boomin in the year 2013 featuring Future, Gucci Mane, and others. Following his debut, there is no looking back in his professional career. His full-length collaborations include Savage Mode with 21 Savage, Double or Nothing, and DropTopWop with Gucci Mane.

Leland Tyler Wayne, better known by his stage name Metro Boomin, was born on 16th of September 1993 in St. Louis, Missouri. He is a son of Leslie Wayne and Lamont Wayne. He grew up along with his four siblings and studied at the Parkway North High School. Later, he attended Morehouse College after moving to Atalanta.

Boomin became interested in music and started playing bass guitar during his middle school. His mother got him a laptop and through the music production software FruityLoops, he started making beats.

Boomin began his music career by collaborating with several artists whom he met online. Later, he got to work with Bricksquad label artist including OJ Da Juiceman, Gucci Mane, and Future. Juiceman was the first popular artist who agreed to rap on Boomin's unique beats.

After some time, he took a break from college and dedicated all of his time to the music. Then, Boomin collaborated with the popular Hollywood musician like Nicki Minaj, Wiz Khalifa, The Weeknd, Drake, Lil Wayne, and many others.

In 2017, he produced hit singles including Kodak Black's Tunnel Vision, Future's Mask Off, 21 Savage's Bank Account, and others.

For his incredible performance, he was awarded BMI R&B/Hip-Hop Awards and BET Hip Hop Awards under the category Producer of the Year in 2016 and 2017. In April 2018, changing his bio to "Retired record producer/DJ", he made his announcement regarding his retirement on his Instagram page.

The successful record producer is earning an attractive amount of money from the music industry. According to the Celebrity Networth, he has a growing net worth of $8 million.

He has collaborated with biggest names of the music industry and his albums have also been equally successful which helped him accumulate the handsome amount of money.

Boomin has also a self-titled YouTube Channel which garnered over 340K subscribers as of November 2018.

Some of his albums which made the highest selling are listed below.

Boomin is dating his high school sweetheart Chelsea. He and girlfriend Chelsea are dating for years now, and the couple prefers to maintain privacy regarding their love affair. However, Bomin and his girlfriend Chelsea share a happy and healthy relationship.

Here is the video showing the journey of Metro Boomin so far.