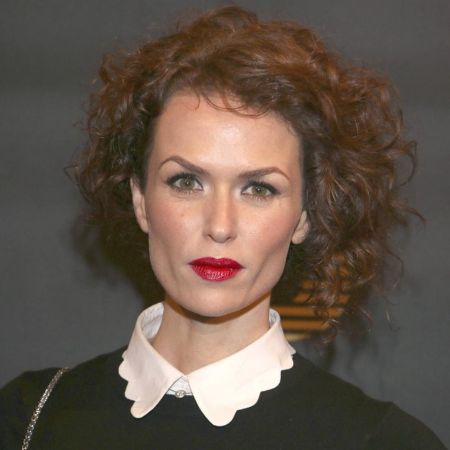 German-Iranian actress Melika Foroutan has notably starred in films such as Mediterráneo, par, Viennese blood, and Beautiful. As for her television role, she appeared as Varvara in the Netflix sci-fi series Tribes of Europa.

Trained At University Of Arts

Melika Foroutan was born in the year 1976 in Teheran, Iran. Her father's name is Bahman Foroutan. She has a sister named Naika Foroutan, a social scientist.

She attended the University of Cologne, where she majored in Philosophy, English, and History from 1995 until 1998. She took acting training at the Berlin University of Arts, graduating in 2002.

As of now, she is 44 years old and stands at the height of 5 feet 4 inches /1.64 meters. She holds dual nationalities of German and Iranian.

Popular Roles In Television And Film- Debuted In 2000

Melika Foroutan, 44, start-off her acting career in 2000 when she appeared in the television series Dispute over three. Since then, she appeared in numerous television and short film like Blond: Eva Blond!, For You My Sweetheart, and Bird in a cage.

In 2006, she was cast as Melanie Berger in the TV series Everything about Anna. From 2005-2007, she played Jennifer Annast in the series The Prince and the Girl. 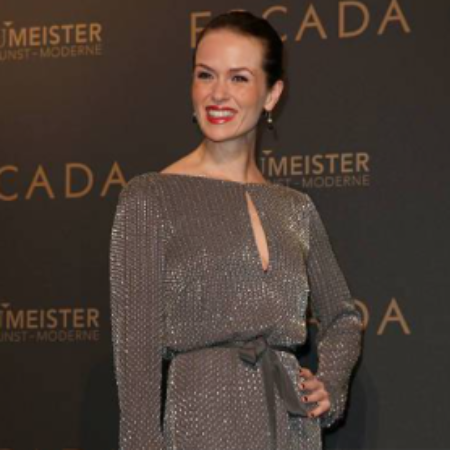 Melika Foroutan posing of the photoshoot at the grand opening of the 'Escada' Flagshipstore SOURCE: Getty Images

Similarly, the actress starred as Sylvia Henke in the television series KDD - Criminal Continuous Service from 2007 until 2010.

Her other successful television series and films are A strong team, The Crocodiles: All for One, Under Suspicion, The Mamba, and Sarajevo.

In 2019, she was cast as Fida Emam in the television film Viennese blood. A year later, she was seen in the feature films Pari and Beautiful.

Her upcoming projects are Mediterráneo and Old Friends.

The 44-year-old actress has an estimated net worth of $1 million as of April 2021. She earned hundreds of thousands of payroll through her long-decade acting career.

Since 2000, she has worked in numerous films and television series like Mediterráneo, par, Viennese blood, KDD - Criminal Continuous Service, Beautiful, Tribes of Europa, and The Prince and the Girl.

The tribes of Europa actress is happily married to her long-term partner Jon Handscin; the pair tied the knot in an intimate ceremony; however, their actual wedding date has not disclosed yet. As mentioned, he is a producer and director known for The Driver, Tal der Ahnungslosen, and 1. Mai.

The couple is reported to have share one child son together, but the name and detail are not revealed until now. The family of three is currently residing in Berlin.