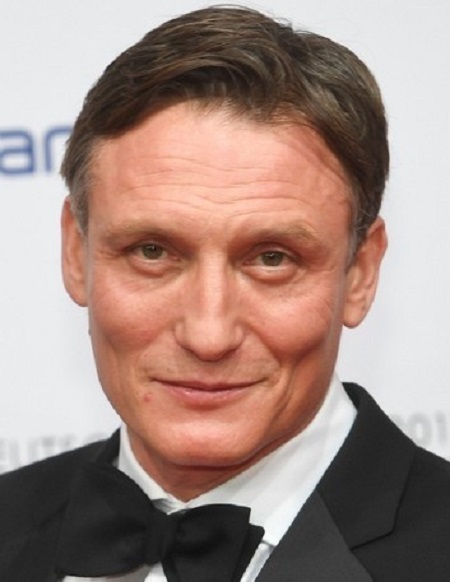 Oliver Masucci is an established, German actor. He gained his fame for portraying the role of Hitler in the adaptation of satirical novel Er Ist Weider Da (Look Who's Back). He won the Bambi Award for his Role. The actor also appeared in Netflix television and web series Dark and won Adolf  Grimme Awards.

Born In Stuttgart And Raised In Bonn

Oliver Masucci was born on 6th December 1968, in Stuttgart, West Germany. He holds the German nationality and belongs to mixed ethnicity.

He was raised by an Italian father and German mother. His parents run several restaurants in Bonn.

Talking about his education, he went to Ernst Moritz Arndt Gymnasium. After he graduated from the Berlin University of the Arts.

Debuted From The Television Film

The actor made his first appearance from the feature film Madrid and shared his screen space with Katherine Angerer, Jutta Keil, and Franz Koller.  With his many roles in television series and feature film. For his role in the 2015 movie Er ist wider da, he won Bambi Awards. 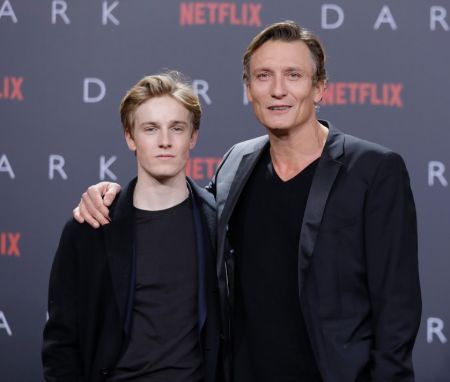 Oliver Masucci and Louis Hofmann at the premiere of series Dark SOURCE: Zimbio

He got his first main role in the television series 4 Blocks in 2017. The same year, he also got the main role in Netflix series Dark along with Louis Hofmann, Daan Lennard Liebrenz, and Mortiz Jahn. From his role, he won Adolf Grimme Award for fiction along with Jantje Friese, Baran bo Odar, and Simone Bar.

In 2019, the actor showcased his acting skill in feature film Als Hitler das rosa Kaninchen Stahl (When Hitler Stole Pink Rabbit). His three movies Tribes of Europa, Schachnovelle, and Enfant Terrible will be released in 2020.

How Much Net Worth Does He Collected?

Oliver Masucci earned a decent amount from his career. He has an estimated net worth of $1.2 million, as of 2020.

Married And Has Kids

Oliver Masucci is a married man. The actor has not revealed much information about his wife and his three children. 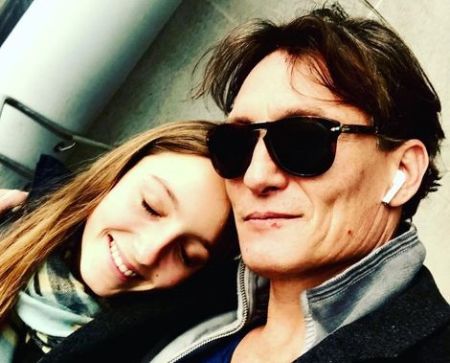 The actor is active in social media including Twitter and Facebook. The actor has been sharing his pictures of his work and spending time with the family.

The 51-year-old actor is living a blissful life along with his wife and three children.