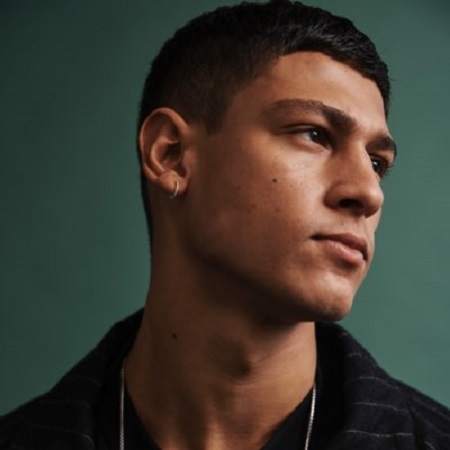 Emilio Sakraya is a rising German movie and television actor who grabbed international attention for appearing in the role of Tarik Schmull in the Bibi & Tina movies. Besides being an actor, he is also the winner of the German Karate title at the World Karate and Kickboxing Association.

Emilio was born on 29th June 1996 and is currently 25 years old. He was born in Berlin, Germany, and belongs to German nationality. He is of Moroccan descent. His full name is Emilio Sakraya Moutaoukkil.

The actor is yet to reveal the name of his parents and details of his family; however, according to him, his parents supported and encouraged him for martial arts training.

Emilio was once surrounded by gay rumors. Just because he has huge gay followers and is quiet about his personal life, it’s simply wrong to a s sume him as gay.

The actor has not opened up about his relationships ever in the media. He has not made any romantic display with anyone to be claimed as his girlfriend. Maybe, the actor is currently single.

While surfing around his Instagram, he mainly uploads pictures relating to his professional activities. He also has posted many pictures of his friends. Back on 17th March, he uploaded pictures with Dimitri Abold, Lea Urban, and Karim Quenes, hinting at a new project.

Emilio is 5 feet 113/4 inches tall, whereas his weight is around 70 kg. He has an athletic body build.

Emilio was only nine years old when he started his acting career. He was keen on music and physical arts like parkour, karate, and kung fu during his childhood days. Do you know he is also a trained martial artist and has won the German Championship in “Full-Contact Karate” twice?

Emilio made acting debut in 2010, appearing in the role of Emilio Moutaoukkil in the film Time You Change. In 2013, he appeared in the movie V8- Du willst der Beste sein. Since then, he has worked in movies like Die siebte Stunde in 2016, Rock My Heart in 2017, HEilstatten in 2018, Cold Feet in 2018, among others.

Similarly, he has also worked in television series like Lowenzahn, Solo fur Weiss, Tatort, Tribes of Europa, and Warrior Nun.

Besides his acting career, Emilio is also a pop singer. He made his singing debut in 2016, releasing his first single, Down By The Lake. His other songs are Bisschen Allein, Berlin an der Spree, Roter Sand, Drauf Bist, amog others.