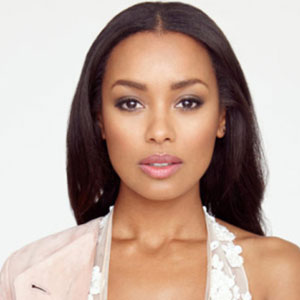 Born and raised in Hertfordshire, England, Melanie Liburd is a British actress famous for her roles in Dark Matter and The Grinder. As a regular cast member of SyFy Television series Dark Matter, she was also able to land in another Netflix show called Gypsy. She has also made an appearance in the sixth season of the HBO series Games of Thrones.

Melanie Liburd was born on November 11, 1987, in Hertfordshire, England under the birth sign of Scorpio. She holds British nationality and belongs to the mixed ethnicity of Kittitian and English.

Melanie was born to Georgia a Realtor and Michael Liburd a Material Arts Expert and has two brothers Marc Liburd and Leon Liburd.

She studied Art History and got a Bachelor of Arts degree in Fashion Design.

Liburd began her career as a model and was able to travel to different places all over the world. Besides modeling, she started her acting career in 2012, where she portrayed a role of Asmara on Television series Strike Back for two episodes.

On the same year, she made her appearance in another television series Stalker in the role of Lori Carter.

CAPTION: Melanie Liburd as a red priestess on an episode of the sixth season of Game of Thrones. SOURCE: angrybirdsriogame

Later in late 2016, she was cast in the Netflix psychological thriller Gyps. Since 2018, she has been portraying a role of Zoe Baker in television series This Is Us.

Melanie Liburd has not revealed her net worth to the media yet but considering her career and success, her net worth is in millions.  As a model, she has worked with many big fashion houses and also appeared in a few popular movies and television series.

Melanie at the age of 31 (2019) is probably in a relationship. According to her post on Instagram, she is dating a guy named Benny Taylor. Both of them have posted several photos of them in their respective accounts.

On May 28, 2016, Taylor posted a photo of Melanie with the Caption "wife", but there is no actual report of them getting married. It is quite unclear whether Liburd is her boyfriend or a spouse.

She is active on Social Media and News Media. As of February 2019, she has around 29.1k followers on her Instagram and 9,374 on her Twitter.

In the video shown below, Melanie Liburd talks about her role in television series This Is Us in  Access Live.