Prince Harry and actress Meghan Markle appeared together in an interview just hours after the Kennington Palace confirmed their engagement in a tweet. Before they headed to the 20-minute long interview, they posed for photos which the palace shared through Twitter.

The interviewer asked if the newly-engaged couple have any plans to start having a family soon. "Not currently, no," the Prince said while his fiancee laughed at his response.

Of course, one step at a time and hopefully we'll start a family in the near future.

Prince Harry revealed they engaged a few weeks ago this month. Prince Harry popped his year-long girlfriend at the Nottingham Cottage at Kennington Palace, and the pair were roasting a chicken.

Markle explained the moment as:

It was so sweet and natural and very romantic. He got down on one knee. As a matter of fact, I could barely let uou finish proposing. I said, 'Can I say yes now?'"

The ring that Prince Harry popped the question with was anything but not ordinary. Prince Harry reportedly designed the ring himself where he used three glittering diamonds: a central stone bought from Botswana and other two from his late mother Princess Diana's collection. 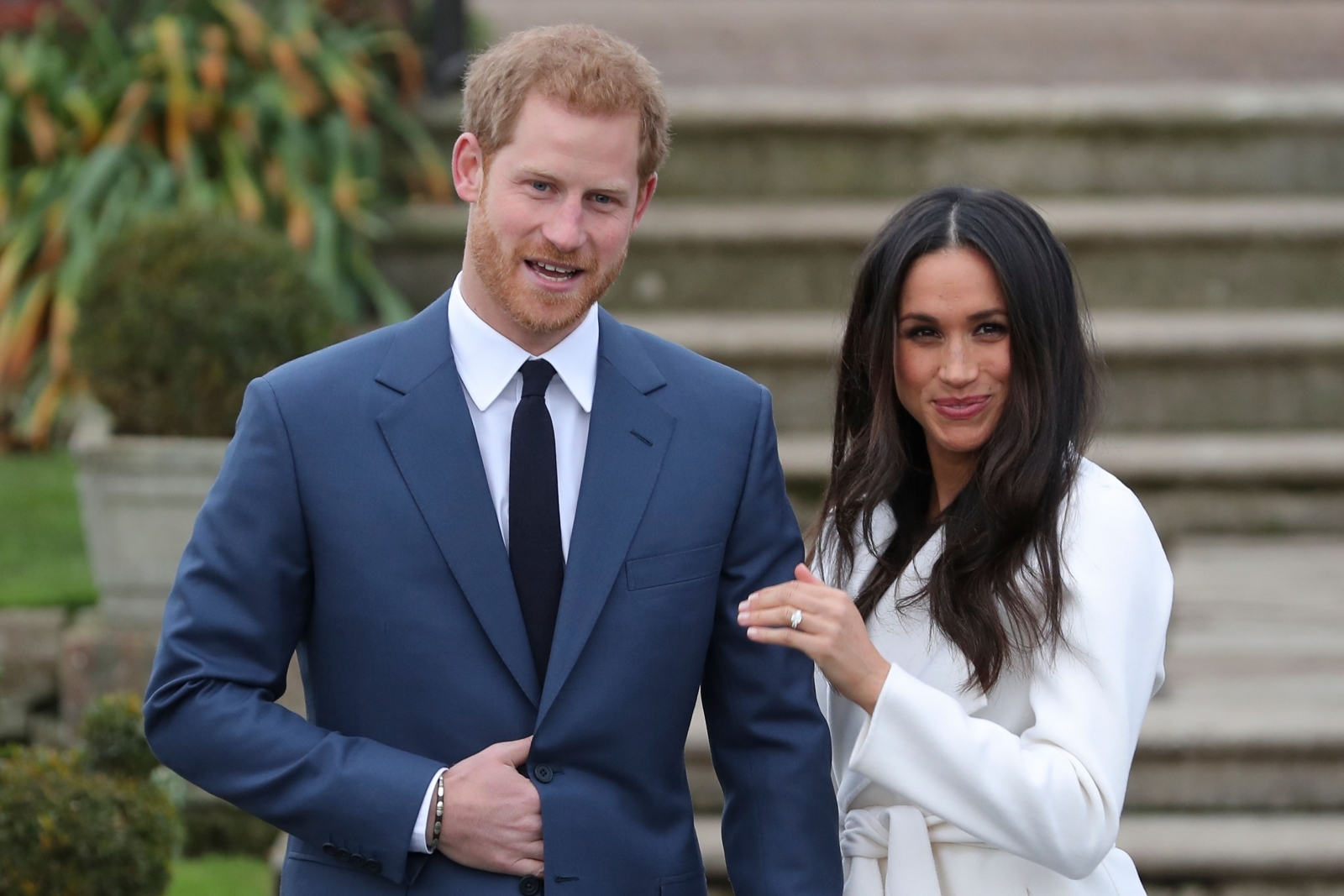 During the interview, actress Markle told her fiance Prince Harry, "It's incredibly special to be able to have this, which sort of links where you come from and Botswana, which is important to us and it's perfect."

The Royal couple dated for about one and a half year before becoming engaged this month. The couple first met through their mutual friends in 2013.