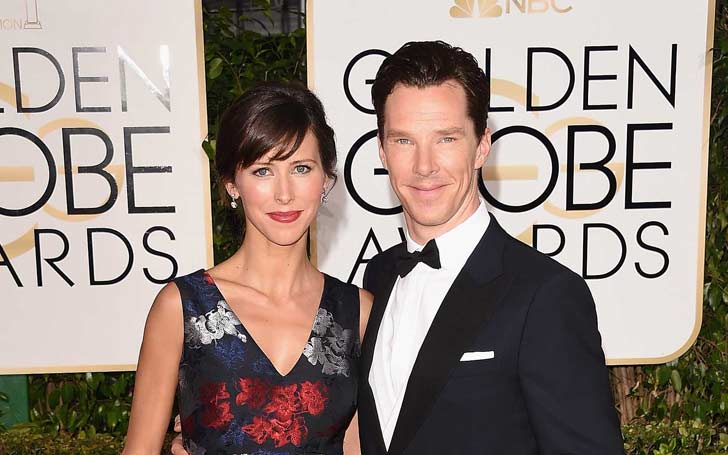 One of the Hollywood's popular actors or let us say superheroes Benedict Cumberbatch aka Dr. Strange who recently starred in Avengers: Infinity Wars has a gorgeous wife, Sophie Hunter. The London-born beauty is an Avante-Garde theatre and opera director; also a talented actor and singer.

The couple who married in a private ceremony in 2015 is blessed with two children. For details about Hunter's family life and professional career, scroll down!

As per some reports, the couple first met on the set of thriller Burlesque Fairytales in 2009. It was the time when Cumberwatch was still in a relationship with actress Olivia Poulet until they split in 2011.

Later, he dated designer Anna Jones for a year. As per some gossip mongers, Hunter and her future husband first started dating in the year 2013. 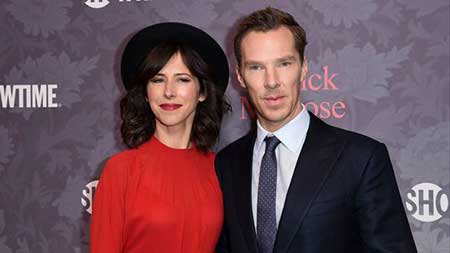 They announced their engagement in The Times in November 2014.

'The engagement is announced between Benedict, son of Wanda and Timothy Cumberbatch of London, and Sophie, daughter of Katharine Hunter of Edinburgh and Charles Hunter of London.'

Later, the couple tied the knot on the 'Valentine's Day'; the 14th February 2015 in a private ceremony in the 12th-century church of St Peter & St Paul near Brighstone on the Isle of Wight.

It's been three years now, and the couple has been very happy together with two kids; Christopher Carlton Cumberbatch born in 2015 and Hal Auden Cumberbatch in March 2017. 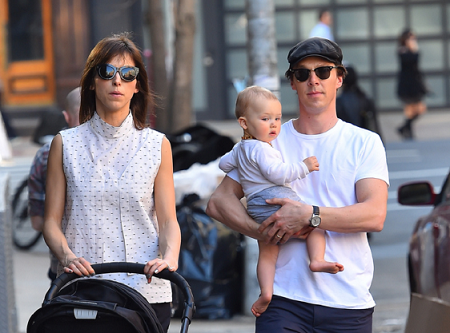 The Sherlock Holmes actor and his theatre director partner made their rare public appearance at the Los Angeles premiere of his new series Patrick Melrose in April 2018.

In addition, they enjoyed a child-free night at the star-studded Avengers: Infinity War premiere in earlier on 8th April. Cumberbatch joined the rest of his co-stars for a group shot including Sebastian Stan, Joe Russo, Elizabeth Olsen, Paul Bettany, Tom Hiddleston, Anthony Russo, and Tom Holland.

The Doctor Strange looked dapper in a navy blue linen suit while his wife, Hunter flaunted her slender body in a floral high-neck attire.

Well, looking at the gorgeous pair, we can definitely say, they have a long way to go together!

Hunter is an associate director at Royal Court Theatre and Broadhurst Theatre. She is the co-founder of the Lacuna Theatre Company.

In addition, she is an artistic director and co-founder of theatre company Boileroom which received 'Samuel Theatre Trust Award' for The Terrific Electric in 2007.

She directed mezzo-soprano Ruby Philogene in Phaedra in 2015 in collaboration with music director Andrew Staples at the Happy Days Enniskillen International Beckett Festival.

Not only in the theatres she also proved her talent in the singing field. She released an album in French called 'The Iris Project' in 2005. In 2011, she came with an EP in English known as 'Songs For A Boy.'

Previously, she starred in Midsomer Murders and also played the role of Maria Osborne in the costume drama movie Vanity Fair alongside Reese Witherspoon.