Meet Olivia Bolton, Girlfriend Of Tom Holland Aka Spiderman: Five Facts About Her

With an incredible acting skill and handsome looks, English actor and dancer Tom Holland aka Spiderman has won hearts of millions. His millions of fans (especially female fans) are quite curious to know about his personal life, including relationship, girlfriend, and dating life.

Recently, Holland was spotted with a mystery blonde who is now recognized as Olivia Bolton. Sources have reported that the couple has been now dating for over several months. So, who is Tom Holland’s new girlfriend? Scroll down to know five facts about Olivia Bolton and Holland’s relationship.

Even though it has been only a couple of months since Bolton and Holland are reported to be dating, it took them a lot of time to realize the connection between them. They were childhood friends and were actually introduced through their parents. 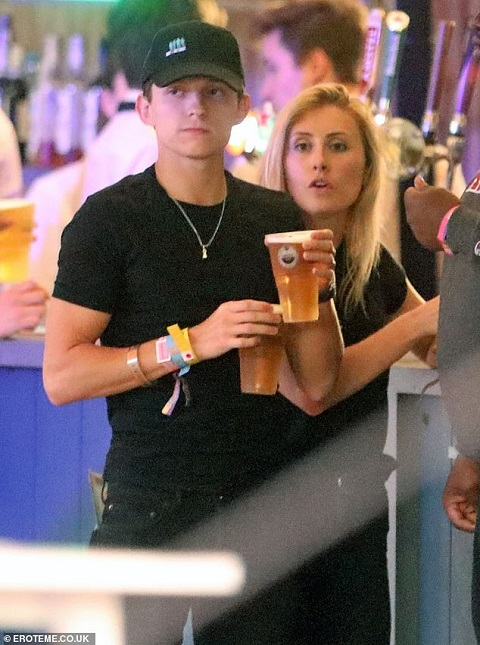 When many of fans are expecting Zendaya as the answer for the rumors of Holland’s relationship and girlfriend. There was once a hot topic swirling for months regarding Holland and Zendaya’s dating rumors.

Opening up with The Sun, Holland claimed that it was a massive relief for him to finally being public with Bolton.

Bolton and Holland have the blessings of their families. Their families are quite clear about their relationship and their future plans. According to the close source, their families and friends claim that they make a lovely pair.

They also revealed that Holland is totally smitten since he has been linked with Bolton.

Bolton and Holland were first spotted together in London. They were attending a Black Eyed Peas concert in Hyde Park. The pair wore a very chic matching all-black outfits and was very touchy.

The couple held hands and was putting their arms around each other. Actually, their connection came weeks after Holland denied dating Zendaya.

As Bolton came into the spotlight for being Holland’s girlfriend, there is nothing much revealed about her. She might in her early 20s and graduated from high school in 2014.

Bolton has a lookalike sibling sister Grace Bolton who is studying at Cardiff University in the UK.

As per The Sun, Bolton works in a digital company in London.