Home news Meet Chris Fisher; Boyfriend-turned-husband of Actress Amy Schumer- Everything You Need to Know About him including his Relationship with Schumer 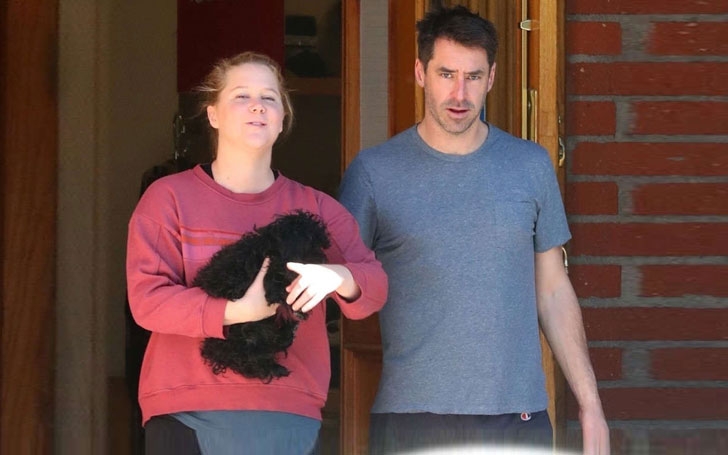 Actress and comedian Amy Schumer is off the market! Schumer got married to her chef boyfriend Chris Fischer on 13 February 2018 at an intimate wedding ceremony in Malibu a day after confirming their romance via Instagram.

No doubt, fans are surprised with the announcement and are curious to know about Amy'a man. So, who is Schumer's husband, Chris Fisher? Find out everything you need to know about Fisher!!

Schumer's partner Chris Fisher is not just a chef and but also a farmer. He is running his family’s five-acre Beetlebung Farm in Martha’s Vineyard since 2010. Similarly, the Cape Cod native began his career as Mario Batali's sous chef at Babbon in New York City.

Prior to taking over his family farm, Fischer worked in several kitchens of London and Rome including St. John Bread and Wine and The River Café. He also served as an executive chef at Beach Plum Inn & Restaurant in Martha's Vineyard.

Fisher has also published a book titled The Beetlebung Farm Cookbook: A Year of Cooking on Martha’s Vineyard published in 2015. He was awarded James Beard Award for American Cooking for the book in 2016. He further worked as a weekly column writer for the Vineyard Gazette called Farm to Typewriter.

Chris Fisher's Relationship With Amy Schumer-How It All Started?

Schumer and Fisher were first introduced by Fisher's a s sistant who is Schumer's sister. If we believed the sources, Schumer and her cookbook author husband started dating in November of 2017.

Their romance rumors first sparked when the pair was spotted together in New York City having dinner together.

The 36-year old comedian didn't confirm her romance with Fisher at the time. The couple made their second public appearance at NBC Studios in New York in January to watch a taping of Saturday Night Live.

Schumer married her beau of few months on 13 February 2018 at an intimate wedding ceremony in Malibu, California. Many high profile celebrities attended the wedding including Jennifer Lawrence, Larry David, and Jennifer Aniston.

Schumer took to Instagram on 15 February to announced her wedding with a caption, "Yup"

Amy Schumer and her former boyfriend broke up in 2017

Prior to Fisher, Schumer was in a relationship with furniture maker Ben Hanisch. They broke up last year after dating for a year and a half.