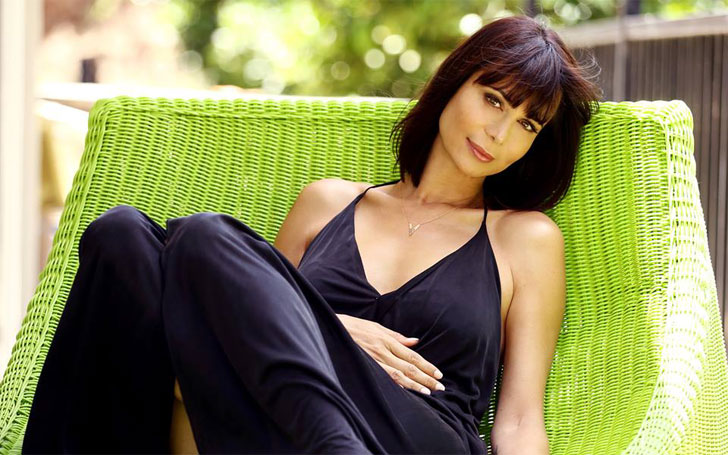 American Television actress Catherine Bell is known for her roles as Major Sarah MacKenzie in the TV series JAG aired on Hallmark Channel. We all know how successful she is as a television actress, but what about her personal life?

Does the successful Iranian-American actress have an equally successful personal life? Has Bell moved on from her divorce from her ex-husband  Adam Beason? Has she found a new love?  There are rumors that Bell left her husband for a woman, is this true?  Is she a lesbian? We have all the exclusive details here.

Catherine Bell who was married to Adam Beason has found a new love in her life.  According to The data lounge, the 52-year-old Army Wives star is openly gay and currently is in a relationship with her girlfriend named Brooke Daniells.

The couple has been sharing a loving relationship since 2012. It has been reported that Bell and her partner Daniells first met through their mutual friends a few months ago their love blossomed. 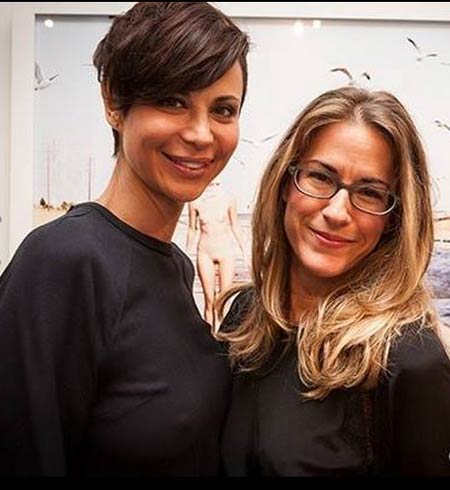 The source also revealed that Bell separated from her former husband Adam Beason to be with her partner. The interesting story is Daniels also divorced her husband before she and Bell started living together which led the media to believe that their divorce was due to her affair.

Soon after her separation from Beason, Bell started living together with her girlfriend in Los Angeles in 2012. Bell spent around $2.05 million and renovated the 3,380-square-foot, single-story ranch house on a 1.2-acre lot. They are yet to have any child as of now.

The Good Witch actress maintains a low-key love life and doesn't make any public appearances with her girlfriend.

The Unsuccessful Marriage Of Catherine & Adam

Bell and Beason started dating and soon spent several happy moments together. They dated for around two years before they decided to settle as husband-and-wife. They tied the knot on May 8, 1994, amidst family and friends.

The duo shared two children together; a daughter named Gemma, and a son named Ronan. Due to irreconcilable differences, the couple decided to end their marriage after 17 years of togetherness. They announced their separation in September 2011 and their divorce was finalized in 2012.

Happy Mothers Day to all the amazing hard working selfless loving Mamas out there!!!!! From my family to yours  Hope you'll join us later tonight and watch our Mothers Day #GoodWitch with my "other daughter" @baileemadison  @hallmarkchannel #goodies

While Bell and Adams were still in a marital relationship, they used to reside in a 5,700 square feet mini-estate in Calabasas along with their son and daughter. The couple listed the mansion for sale in 2010.