Max Burkholder, born Maxwell Henry Wolf Burkholder, is an American actor and voiceover artist widely known for his starring role as Max Braverman in the hit NBC series Parenthood. He is also recognized for his voiceover work in Family Guy, The Land Before Time, and My Friends Tigger & Pooh.

His parents are former actors. His father is of German-English descent, while his mother is of Ashke - Jewish ancestry. He has a brother.

He went to Campbell Hall School and later attended Harvard University, where he started his theatrical career and appeared in a premier production of columbinus playing Dylan Klebold/Loner.

Max Burkholder, 23, made his on-screen debut with the family comedy film Daddy Day Care in 2003. From 2005-2017, he provided various character voices in the animated sitcom Family Guy.

He worked as a voiceover in the fantasy comedy animated film The Ant Bully in 2006. The same year, he guest appeared in television series like CSI: NY, The Suite Life of Zack & Cody, and CSI: Miami. 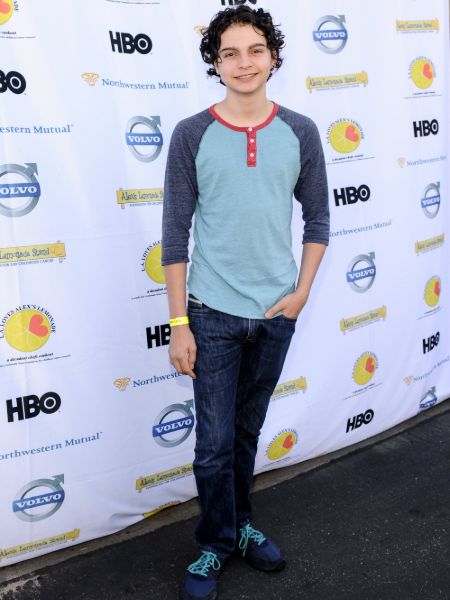 He did a voiceover of Kid Doctor, Little Boy, Justin Bieber in the animated sitcom American Dad! from 2007 until 2016.

Burkholder played Max Braverman in the hit NBC series Parenthood alongside Peter Krause, Lauren Graham, Dax Shepard, and Sam Jaeger. In Parenthood, he played the character who has Asperger. He was so good at convincing the audience that many people actually thought he was diagnosed with this mild form of autism which he does not.

Moreover, the actor was cast in the dystopian action horror film The Purge in 2013 and reprised his role in The First Purge in 2018. His other films and television series are Benjamin, Imaginary Order, The Orville, and Invincible.

According to Celebrity Net Worth, Max has a net worth of $3 million as of March 2021. He adds hundreds of thousands of cash into his bank account from his TV series and movies work.

Burkholder had a minor role in the dystopian action horror film The First Purge, which ama s sed $137.1 million at the box office against the producing cost of $13 million.

Who Is Max Burkholder Dating?

As of now, Max Burkholder is possibly single and isn't dating anyone at the moment. He hasn't opened anything related to his girlfriend and dating life until now.

Nonetheless, the 23-year-old actor is very much focused on his prolific career instead of dating someone. He currently lives with his family in Los Angeles, California, USA.

Parenthood star Max also has a good fan following on his social media. He has nearly 20k followers on his self-titled Twitter; meanwhile, he has garnered over 10 thousand followers on his Instagram handle @ fat_kookaburra.