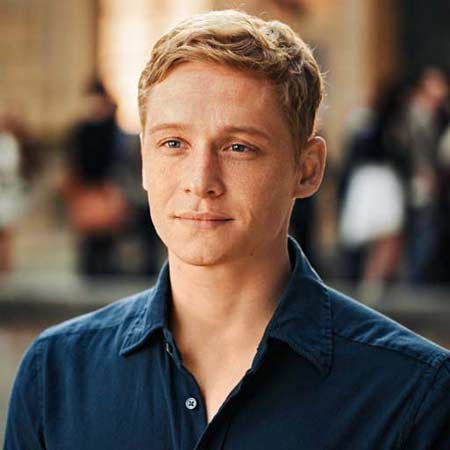 German actor Matthias Schweighöfer came into limelight after appearing in movies such as FearDotCom, What a Man, and The Red Baron. He is the winner of several awards which includes 2004 Bavarian Film Award for Best Young Actor, and Jupiter Award for Best Male Actor (TV) among others. As of 2018, Schweighöfer is in a relationship with film writer Ani Schromm and blessed with two children, Greta Schweighöfer (2009), and Valentin Schweighöfer (2014).

Matthias Schweighofer was born on 11th March 1981, in Anklam, East Germany under the birth sign Pisces. He belongs to Caucasian ethnicity/race and holds German nationality.

Schweighofer is the only child of his parents Gitta Schweighöfer and Michael Schweighöfer both involved in the entertainment industry. Schweighofer’s parents divorced in 1984 after which his father married Ines Schweighoefer.

Schweighofer went to Berlin's renowned acting school Ernst Busch Academy of Dramatic Arts but dropped out after a year.

Matthias Schweighofer debuted in the acting industry from Andreas Dresen’s film Raus aus der Haut (1997). He then worked in critically acclaimed projects such as Trust Me (2000), Heart Over Head  (2001), and FearDotCom (2002).

After that, Schweighofer breakthrough role came in 2003, portraying the character Ben in German comedy film, Solo Album. The following year, he starred as Crash in the German film, Off Beat alongside Jessica Schwarz and Florian Lukas.

Schweighofer then played lead roles in several movies, some of them are listed below,

In 2004, Schweighöfer worked in a theatre play Eins, Zwei, Drei. He was also featured in Frank Castorf’s play North in Volksbühne, Berlin. Schweighöfer also lent his voice for the part of Thomas in the German version of Tom Tykwer's True (2004).

In 2009, Schweighofer founded the fashion label German Garment with German actor as well as a TV presenter Joko Winterscheidt.

Moreover, Schweighöfer debuted as a film director from the 2011 German comedy film,  What a Man. In the movie, he also portrayed the character, Alexander. He then directed movies such as Russian Disco (2012), Joy of Fatherhood (2014), and The Manny (2015).

Schweighöfer's last screen appearance was in the English-language French-Belgian drama film, Kursk, alongside Colin Firth, and Léa Seydoux among others.

Matthias Schweighofer starred in many movies, which are enough to earn him a fortune. According to Celebrity Net Worth Schweighofer’s estimated net worth is around $3 million.

Some of his box office hit movies are listed below,

Matthias Schweighofer is in a relationship with film writer Ani Schromm since 2004. The couple welcomed their first child a daughter, Greta Schweighöfer in 2009. After nearly three years of the birth of their first child, they separated in 2012.

After a year, Schweighofer and Schromm got together in the summer. On 17th February 2014, the duo welcomed their second child, a son, Valentin Schweighöfer. As of 2018, they live in Berlin.

Besides his family, Schweighofer loves writing poems and his favorite author is Max Frisch. He also enjoys running and swimming. Schweighofer plays the piano and the violin.

Below we present the exclusive interview with Matthias Schweighöfer, Tom Beck & Friedrich Mücke