The young actress Danielle Rose Russell rose to fame following her breakthrough performance in a 2014 Box Office hit movie A Walk Among the Tombstones. She gained further attention after appearing in 2017 drama film Wonder which turned out to be one of the 2017's commercially profitable movies. She is also widely known for her work in the TV like The Originals, Measure of a Man, and Legacies.

Danielle Rose Russell was born in  Pequannock Township, New Jersey, on 31 October 1999. She is the daughter of a former singer, Watler Russell, and a former dancer and Rockette, Rosemary Rado.

In her initial phase, Rose did some modeling appearing in print ads and commercials. At that time, she also performed in theatrical plays before making her transition in the field of acting.

Danielle Rose Russell started her acting career professionally playing in a 2014 crime drama-thriller movie A Walk the Tombstones. The movie turned out to be a box office hit grossing $62 million against its $28 million budget.

In 2015, Rose went on to appear in the romantic comedy film Aloha. After a year, the actor featured in the thriller movie Pandemic. She also debuted in TV playing Darla Miner in the television series The Last Tycoon and appeared in 6 episodes. 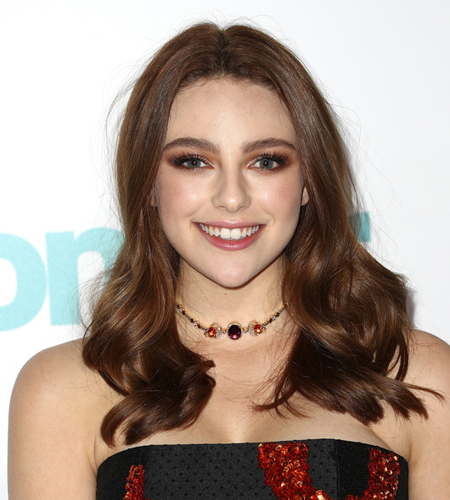 Her breakthrough role as Miranda came in 2017 appearing in a commercially successful drama movie Wonder. The film also earned positive reviews from critics. In 2018, she starred in The Originals, Measure of a Man, and Legacies.

Danielle Rose Russell is an aspiring actress of 19 who has already worked in over five films. She has earned a whopping amount of money for her appearance in the movies and as of early 2019 's net worth is yet to be revealed but as per some reliable online sources, it is believed to be more than $1 million.

The actress has also featured in a number of the box office hit movies some of them are listed below.

Danielle Rose Russell is not dating anyone officially as of now. The actress is building up her career and side by side focusing on her studies. As she is just 19, she might be looking to establish herself as one of the most successful actresses in Hollywood, so it might take a few more years before she involves in any kind of relationships or affairs.

There is also no information regarding her past affairs and her boyfriends. She has been lip-tight about her personal information.

Rose interviewed during the red carpet event of Wonder, below we present you a video of the interview.