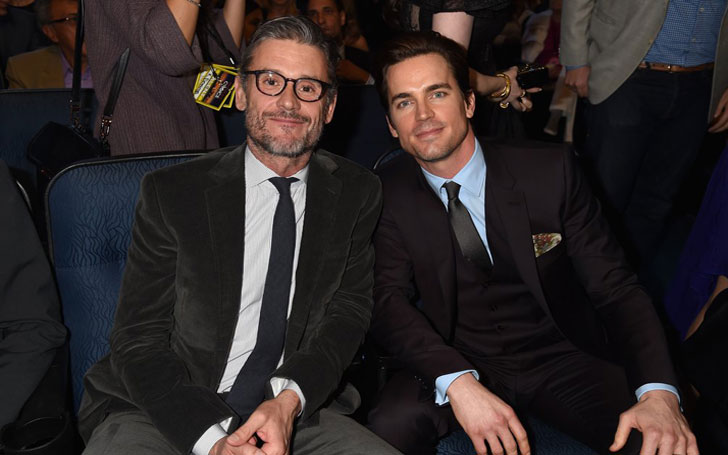 "Love is too beautiful to be hidden in the closet". Actor Matt Bomer who came out openly gay in 2012 and his husband of eight years, Simon Halls are the best example of it.

The talented actor Matt Bomer married the Hollywood power publicist, Halls in 2011, however, they didn't publicly acknowledge their married until 2014. Let's get all the inside details of the adorable couple in today's section.

Matt Bomer is a family man. He and his longtime partner husband Simon Halls have been married since 2011.

During an interview with EOnline in 2014,  the 40-year-old year actor confirmed he and his husband got hitched in 2011 in a secret ceremony in New York. 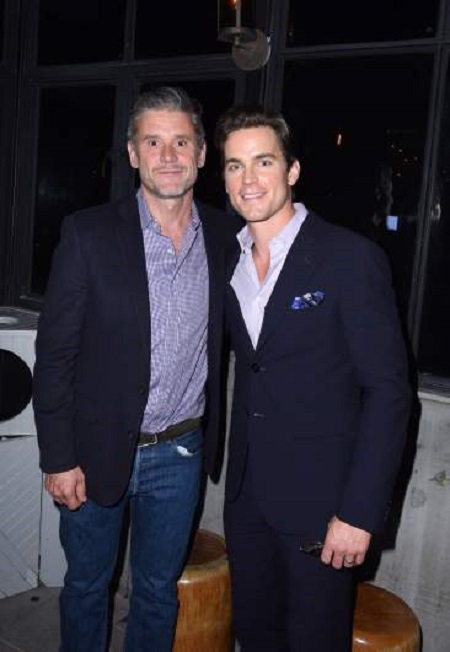 Revealing about the small, less-extravagant wedding he explained:

"It was very cold and very small – just our closest and dear ones. There is a security, a validity. It's just a feeling, I think - something about saying vows in front of the people around you who love and support you. I think it was good for our family."

Bomer and Halls are proud parents of three children; Kit Halls was born in 2005 and twin sons, Walker and Henry Halls were born in 2008. All of them were born through surrogacy. 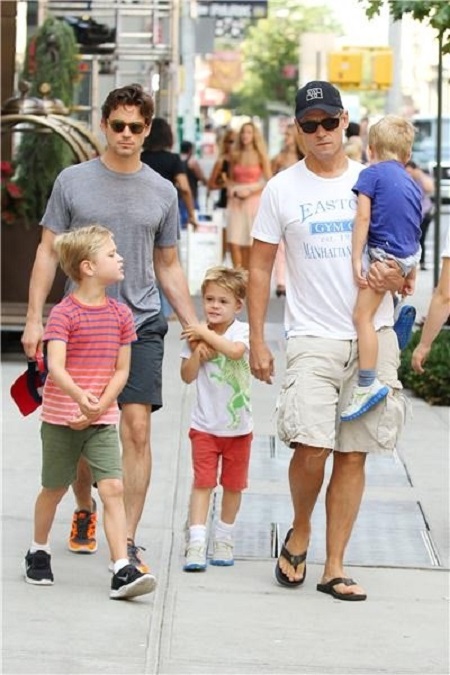 The father of three, Bomer loves spending time with his partner and children. He also once revealed how raising kids with husband Halls has changed everything:

"There’s a level of love that really dissolves a lot of egotism and self-absorption. I mean, don’t get me wrong, I have my moments. But at a certain point in my life, my whole day would have been about this interview,"

"Now it’s a small part of a day that also includes a drop-off at school in the morning and baseball practice and a lot of other things that take precedence.”

Furthermore, in an interview with People, he also expressed his desire to give his chlidren a normal childhood. He said that he didn't want anybody out on stage and wanted them to have a nice, normal childhood.

"People who are having babies this way, we’ve jumped through I can’t tell you how many hoops, so it’s not just like, It’ll be fun to be a parent. We are very committed."

Through Bomer and Halls have maintained their married life low profiled, the actor sometimes shares about his family in his Instagram.

Bomer and  Halls have also stepped together in several red carpet events. Most recently, the pair appeared together in the 2018 Vanity Fair Oscar Party at the Wallis Annenberg Center in Beverly Hills, Calif.

The actor also shared a selfie with his 54-year-old publicist husband before they headed to the party on his Instagram.

All in all, the family of five is setting an example for all other families and we will always be inspired by them.

Bomer came out and open about his sexuality and confirmed of being gay back in 2012. He publicly acknowledged his sexual orientation during a Desert AIDS Project humanitarian award in February 2012.

While accepting the award during the event, Bomer acknowledged that he is gay and he also thanked his longtime partner Halls and their three kids. 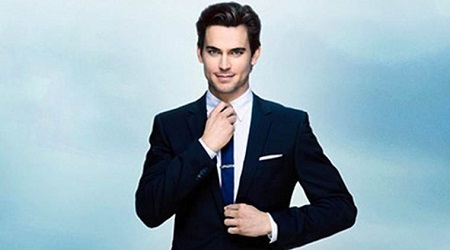 "I'd really especially like to thank my beautiful family: Simon, Kit, Walker, Henry. Thank you for teaching me what unconditional love is. You will always be my proudest accomplishment. God bless you."

Bomer also supported many gay causes including the Trevor Project and GLSEN and he also received  Inspiration Award for his support and work at the GLSEN (Gay, Lesbian and Straight Education Network) Awards in 2012.