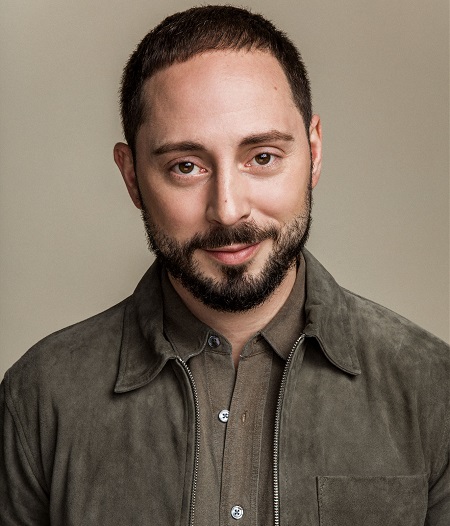 Matias Varela is a rising Swedish actor who started acting career in 2000. The 40 years old actor is currently on the headlines for portraying the role of Lucius in the television series, Raised by Wolves. In the series, he appears alongside Ethan Hazzard, Niamh Algar, Amanda Collin, and Daniel Lasker.

Matias’s full name is Louis Matias Karl Padin Varela. He was born on 23rd June 1980 in Stockholm, Sweden. The 40 years old actor is of Swedish nationality and is of Caucasian ethnicity.

During middle school, Matias and Stellan Skarsgard’s son Gustaf Skarsgard became friends. Besides this, he did not reveal anything of his early life, childhood, educational background, siblings, family life, and parents.

The 5 feet 10 inches tall actor, before starting an acting career, worked as a construction worker. He made acting debut appearing in Easy Money and its both sequels, Easy Money II: Hard to Kill and Easy Money III: Life Deluxe. He then appeared in the television series, Arne Dahl.

Matias made international fame appearing in an episode of Covert Affairs. He then appeared in the crime drama, Ettor och nollor. He grabbed huge attention for appearing in the series, Narcos and reprised the role in Narcos: Mexico.

As of 2020, Matias starred in the series Raised by Wolves alongside Travis Fimmel. His upcoming project is 477 Dagar, Heavy, and Fartblinda.

As of 2020, Matias Varela’s net worth is reported to be around $500 thousand that he collected from his acting career. He also earns hefty from endorsements and commercial deals.

Matias has portrayed the character of Jorge Salcedo in Narcos. The character is married to wife Paolo Salcedo, represented by Taliana Vargas.

Well, talking about his real life, it seems like Matias is having a healthy time with his partner. He is the father of two children. He, time and often, posts pictures of the mother of his children. However, he did not reveal the name and detail of his partner. It is not clear if they are already married or not.

Happy Mother’s Day my love you are everything ❤️

Keeping everything behind the curtains, Matias and his partner enjoy quality time with their two kids.