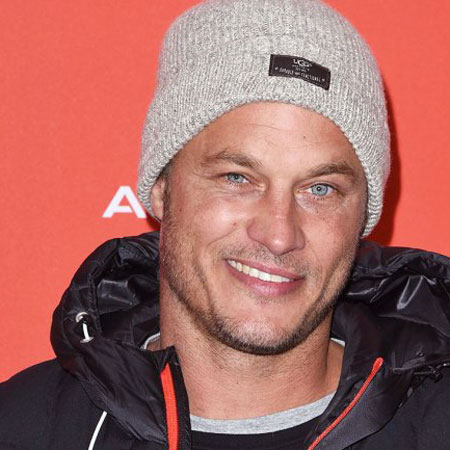 Travis Fimmel is an Australian actor and former model who rose to fame after working as a Calvin Klein model in 2002. He became the most in-demand male model in the field of modeling. Fimmel is also best known for his performance in the TV series, The Beast and the film, Warcraft. The actor's career reached a new height following his marvelous performance in the one of the most viewed and highly rated historical TV series Vikings.

Travis Fimmel was born on 15 July 1979 in Lockington, Victoria, Australia to a cattle rancher, Chris Fimmel, and a nurse, Jennie Fimmel. He was raised in his family farm in Lockington along with his two elder brothers. Fimmel is of Australia Nationality and belongs to White Australian ethnicity.

At the age of 17, with a dream of being a professional Australian rules footballer, Fimmel attended the St Kilda Football Club in the AFL but had to quit football after Fimmel broke his leg. Later he attended RMIT and studied commercial architecture and engineering but dropped the study to travel abroad.

Travis Fimmel started his career as a model after he was discovered by a talent scout for Chadwick Models agency at a gym. After signing a contract with an agency LA Models in 2002, Fimmel became the first male to achieve a six-figure deal in the world for Calvin Klein.

Following the success, Fimmel became the most in-demand male model in the world and was listed as one of the world's sexiest bachelors by America's People magazine in 2002. He also photographed for several magazine covers including France's ‘Numero Homme’ and America's ‘TV Guide.

After making a successful career as a model, Fimmel then tried his luck in acting. Fimmel learned acting under coach, Ivana Chubbuck. He debuted with TV series, Tarzan in 2003. Fimmel officially retired from modeling in 2009.

Fimmel then performed in several movies, Rocky Point, Southern Comfort, Restraint, Ivory, Pure Country 2: The Gift, Outlaw Country, and series like The Beast, and few others. He also portrayed the lead role in the series, Vikings with co-star, Jessalyn Gilsig, Katheryn Winnick.

Fimmel recently appeared in Finding Steve McQueen in 2017and his upcoming projects are The True History of the Kelly Gang and Dreamland.  From 2013-17, his significant role in the highly rated historical TV series Vikings sharing the screen along with Katheryn Winnick, Clive Standen, Jessalyn Gilsig, and Gustaf Skarsgård. For his role in the series, he was also nominated for IGN Awards 2013.

His upcoming project is Dreamland, is a drama thriller movie. In 2018, he was a cast in Finding Steve McQueen and Danger Close.

Currently, Travis Fimmel hasn't confirmed anyone as his girlfriend. He is possibly single, however, he has been romantically linked to several actresses with many of his female friends. Fimmel has been romantically linked to Warcraft co-star, Paula Patton.  It was also reported that the actor was in a relationship with  Joy Bryant, Ceara Lynch, and Nita Kuzmina in the past.

In the year 2002, he was in a relationship with Rachel Hunter and Jessica Miller.

Fimmel prefers to go to the beach. And some of his favorite recreational activities include camping, horse riding, surfing, and riding motorbikes.

He also goes to the beach during his free times. Fimmel is also quite fond of sports and his favorite sports game is Australian rules football. Further, Fimmel also participated in Australia vs England celebrity cricket match in 2009.

Travis Fimmel's Net Worth And Salary

Travis Fimmel's estimated net worth is $3 million. Fimmel earned his net worth from his successful career as a model and actor. He was the first male to sign a six-figure deal for Calvin Klein and also the most in-demand male model in the world in 2002. His successful modeling career helped to add a figure to his net worth.

Likewise, Travis Fimmel's debut series, Tarzan was warmly received by the audience. His 2016 movie, Warcraft, made a box office collection of $433.7 million and 2015 film Maggie's Plan made $4.9 million.

The actor's career reached a new height following his marvelous performance in the one of the most viewed and highly rated historical TV series Vikings. He was paid in the between of  $100,000 - $350,000 per episode.