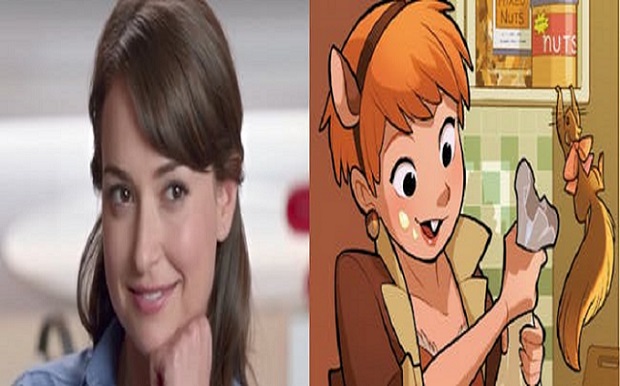 The long wait to see who’s going to play the role of the sassy superhero “Squirrel Girl” is finally over. Marvel’s New Warriors has found its Squirrel Girl in the AT&T Girl.

Milana Vayntrub, who recently appeared in the NBC drama This Is Us but is apparently known best as “Lily” in the AT&T commercials, is finally confirmed as the actress to play the role of Unbeatable Squirrel Girl.

She will be joined in the series by Derek Theler as Craig Hollis/Mister Immortal and will play a “totally empowered fangirl who had the incredible power of a squirrel”, according to a Freeform release. The fan favorite character, Squirrel Girl (a.k.a. Doreen) eats nuts, kicks butts and possesses all the powers of a squirrel. The character is meant to save the world from villains including Doctor Doom and Galactus.

Out of all the characters to be introduced in the New Warriors, Squirrel Girl is definitely the most popular one. An authentic proof for a superhero, Squirrel Girl is one of the strongest and the most cheerful heroes in Marvel’s Universe.

New Warriors is Marvel’s first live-action comedy series. The first of its 10 half-hour episodes will launch in 2018 on Freeform TV.