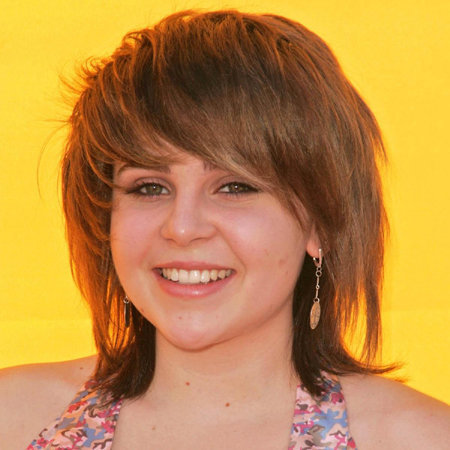 American voice artist and an actress, Mae Whitman is known for playing Amber Holt in the NBC series Parenthood and Ann Veal in Arrested Development. She also provided the voice of Katara in Avatar: The Last Airbender from 2005 to 2008 and in 2015, she starred in the film The Duff.

Mae Whitman was born Mae Margaret Whitman on 9th June 1988 in Los Angeles, CA, under the birth sign Gemini. She is a daughter of Jeffrey Whitman and Pat Musick, who were divorced when he was three years old.

Her father is a personal manager as well as set construction co-coordinator while her mother is a well-known voice actress.

Whitman went to the Ribet Academy in hometown and graduated from the Whitefish Bay High School in Whitefish Bay, Wisconsin. She didn’t attend any formal acting schools, however, she entered in the glamour industry at the tender age of two.

Mae Whitman began her TV career doing voiceovers for Tyson Chicken commercials. She made her acting debut in 1994 American romantic drama film When a Man Loves a Woman as Casey Green.

Afterward, she began to appear in several of the films and series and began giving her voice in different animated movies and series. She has also been involved in singing, as she has recorded the songs I heard the bells on Christmas day and You make Christmas Feel so good.

She has also guest vocals in the number of tracks. She has appeared in the music video for I was a fool by Tegan and Sara. Her other notable works in voice artist include in the role of April O’Neil in the 2012 iteration of Teenage Mutant Ninja Turtles, Little Suzy in Johnny Bravo, Katara in Avatar: The Last Airbender

Whitman was acted in the TV series Arrested Development as Ann Veal and Parenthood as Amber Holt. He has appeared in the films Scott Pilgrim vs. the World, The Perks of Being a Wallflower and also in the comedy film The Duff. She has also voiced in the video game Kingdom Hearts as Yuffie Kisaragi.

Mae Whitman is a well-perceived name in Hollywood along with massive fans and a huge fortune. She has been active in the entertainment industry since 1994 and made her notable work in several moves as well as TV series.

She won several awards including Young Artist Award and San Diego Film Critics Society. As of 2018, she has an estimated net worth of $1 million.

Mae is not married yet but is in a relationship with Dov Tiefenbach, who is a Canadian actor and musician. They have been dating since 2008 and are seen together quite often. They love each other very much.

Mae Whitman is active on the social sites. She can be found in Twitter, Facebook and Instagram. Her fans can follow her on her account to get updated with her recent activities. Also, her biography can be found in different internet sites along with her pictures.