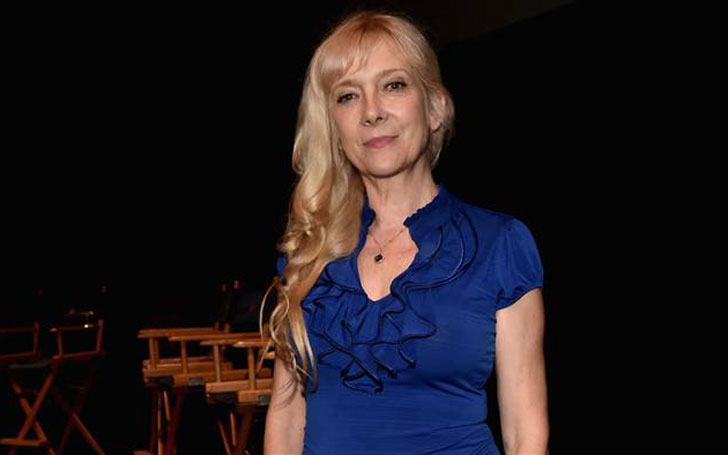 2017 hasn't even taken off properly, and Hollywood has already lost so many precious stars including the legendary actress Glenne Headly, who has recently passed away at the age of 63. That followed  TV's Batman Adam West's death! It looks like it is going to be another dark year for Hollywood!

Headly was an American actress who dedicated her long career in film and television.She died on June 8, 2017.Let's have some exclusive details.

Glenne Headly Dies at The Age of 63

Dick Tracy star Headly died on June 8, 2017, at the age of 63.Her rep confirmed it with the statement,

"It is with deep sorrow that we confirm the passing of Glenne Headly."

According to the New York Times, the cause of her death was complications of a pulmonary embolism. According to the source, the actress was engaged in the project on the Hulu series Future Man.However, now the source confirmed that her part would not telecast.

Glenne Headly was married twice.She was first married to actor John Malkovich.They first met on the sets of the play 'Curse of the Starving Class.She tied the knot to Malkovich in 1982. However, their marriage didn't last long, and after about six years of marriage, they got separated in 1988. The reason for their separation was Malkovich's affair with actress Michelle Pfeiffer.

Headly then married Byron McCulloch in 1993.The couple had their first encounter on the sets of Ordinary Magic in 1992.At that time McCulloch was serving as a camera grip in Hollywood. Glenne Headly and Byron McCulloch married after dating for a year. Their son Stirling  was born in 1997.

Glenne Headly's Achievements as an Actress

Late actress Headly started her career with Theatre working in the "Curse of The Starving Class." She also performed as a supporting actor in several movies like  Nadine (1987), Making Mr. Right (1987), Paperhouse (1988) and Lonesome Dove (1989). However, her career rose to next level after she performed in movies like “Dirty Rotten Scoundrels” and  “Dick Tracy.”

For her great performance in movies: “Lonesome Dove” (1989), and the television movie “Bastard Out of Carolina” (1996) Headly was nominated twice for Primetime Emmy Award.  Headly worked last in the 2009 movie The Joneses.

Late actress Headly started her career from a theater, however, she admitted that she felt more afraid of theater than film for a long time.  Until her son asked her to perform in theater and she obliged.

Versatile actress Headly was at the top of her success at a point in her career,  but she chose always kept her family and her son first.

Glenne Headly with her son

Glenne Headly slowly worked less and less in movies. However, she occasionally appeared in different projects like Monks, The Circle with Tom Hanks.She has also engaged in before Future Man her death.

Glenne Headly died an untimely death, but we hope she is where she belongs, among the good ones in heaven.

We hope the family has enough support and strength it needs during this sad time!