Born and raised in the USA, Markice Moore is an actor, reality star, and a rapper. He is best known for his work in television series Tyler Perry's The Paynes and the movie ATL. Further, he also appeared in The Walking Dead, Snowfall, and Point Blank.

Markice Moore was born in New Brunswick, New Jersey, the United States on July 31, 1986, under the birth sign Leo. He is American by nationality and belongs to the black ethnicity.

American actor Markice Moore began his career in the year 2006 with the film ATL. After a couple of years, he appeared in the series From G's to Gents in 2008.

Next year, in 2009, he also guests starred in the television series Tyler Perry's Meet the Browns. Moreover, the prominent figure also worked in the series such as The Walking Dead and Snowfall. 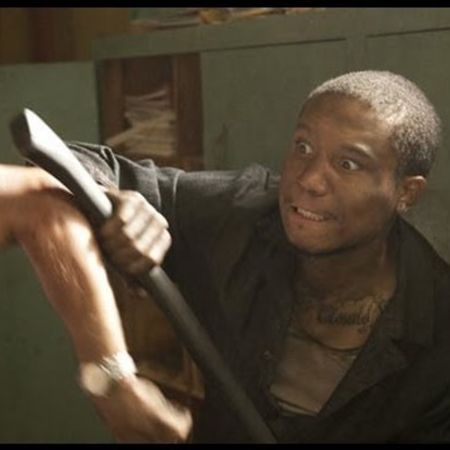 Well, his recent work credits include the film Point Blank which is going to be released on July 12, 2019, and the TV series Tyler Perry's The Paynes.

In his career, he worked alongside Logan Browning, Andrew Lincoln, Samantha Morton, Ca s si Davis, Jonathan Tucker, and many more. Not only an actor he is also a popular rapper and a reality TV star.

Markice Moore is currently enjoying a net worth of $1.2 million as of 2019, June. He ama s sed a good sum of salary and an impressive worth from his acting career. His movie ATL earned $21.2 million at the box office made with the budget of box office $7 million.

He is also an Instagrammer and receives between $144.75 to $241.25 per sponsor post according to the influencer marketing hub.

Markice Moore married his wife in a secret ceremony, however, has not revealed the identity and further details of his spouse. Similarly, the exact date of his wedding is also not available.

Aside from highlights on his relationship, Moore has also gained limelight due to controversies. He was charged with cruelty to children in 2010 after the police found that he slapped his infant child.

The daughter's wrists, arms, right leg, right collar bone, and three ribs were broken. Not only that, the infant girl's face, eyes, ears, back, chest and rear was injured.

After the case was filed, he was released for $20,000 bond at the Cobb Country Jail overnight. Then, his charges were suspended in 2011 after the mutual agreement.

Later, he went to marry his daughter's mom and the couple is also blessed with another baby girl.