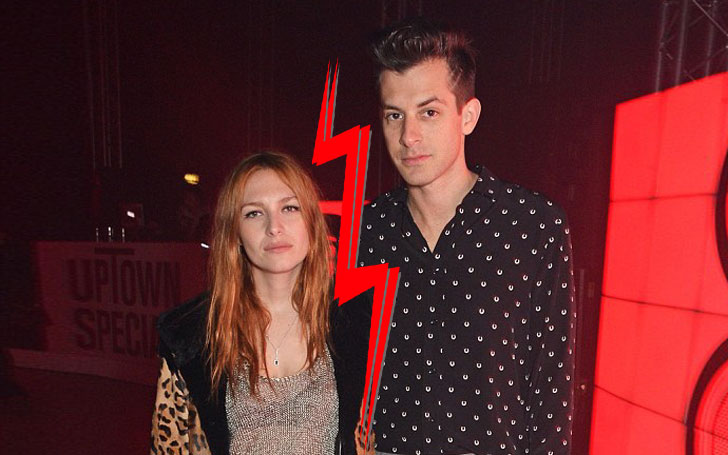 Two times Grammy award-winning artist Mark Ronson is popular for his work with singer Bruno Mars. He was married to French actress Josephine de La Baume in 2011 who filed for divorce from him on 11 May 2017.

The couple was happily married to each other for six years but they have separated just a week ago. We have the latest scoop on why they are divorcing? What is the reason behind their separation? Scroll below to find out

Why did Mark Ronson’s wife file for a divorce?

Musician Mark Ronson’s wife Josephine de La Baume has split from her husband. She filed for divorce from the 41-year-old music producer on May 11 citing irreconcilable differences, E news reported. Josephine is reportedly demanding for spousal support, as well as for Ronson to pay her attorney fees. La Baume, 32, said that she separated from him on April 21.

Marks Ronson met La Baume in 2009 and the pair got married in a lavish ceremony in the South of France on 3 September 2011. Their marriage was quite the fashion parade.

Talking about her wedding dress designer to ASOS magazine Josephine had said:

He offered to do it. He’s an amazing friend and I love his dresses, they’re so well fitted. I’m really excited and he’s so excited about it.

Many celebrities attended their ceremony, including Kate Moss and Lily Allen. The marriage took place near the bride’s home town.

The couple’s relatives and friends tagged them ‘made for each other’. However, Ronson and La Baume are now in the verge of getting a divorce. The exact reason for their divorce isn't yet known. But it's Hollywood and nothing can remain hidden for long. For now, let's hope their divorce goes well eh!

Musician Mark Ronson publicly dated 5 beautiful women in the past and they all were actress and singers. From 2002-04, he was in a relationship with popular actress Rashida Jones.

The couple was even engaged at one point. However, their relationship couldn’t go for longtime and they ended up getting separated. From 2005-08, Ronson dated artist Cosi Theodoli Barschi. Even though the couple has separated, they still remain friends. Ronson also dated Daisy Lowe in 2008 and Tennesse Thomas from September 2008 till February 2009. After separating from her he met La Baume to whom he was married to till just a few weeks ago.

It seems like stability in marriage is not Ronson's strongest suit. For new developments in the story, keep coming back to Article Bio.