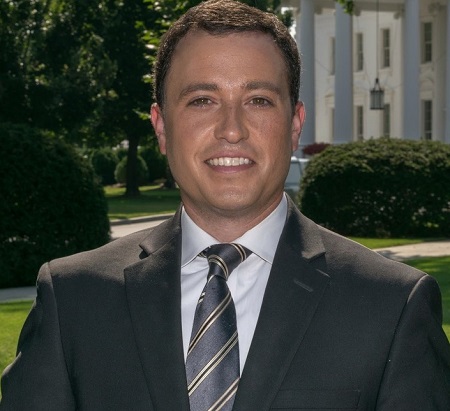 Mark Meredith is a famous American award-winning journalist and reporter, who is currently serving Fox News as its correspondent. Before joining Fox News in May 2019, he worked at Nexstar Media Group, Inc., KDVR- FOX31 Denver, and so on.

Where Was Mark Born?

For your information; Mark has not disclosed his exact birth details; so, it not clear how old he is as of 2020. However, he was born in Washington, D.C., the United States of America. His nationality is American, whereas ethnicity is not known.

According to his LinkedIn profile, he studied Bachelors of Journalism at the University of Georgia. He graduated in the year 2009.

Besides this, Mark has not disclosed anything about his parent, family life, siblings, childhood, and so on.

Right after graduation, Mark started his journalism career in May 2009, working as a general assignment reporter at WMBF. He served the channel for two years and eight months. During the time, he covered the Grand Strand and Pee Dee for NBC Myrtle Beach.

In January 2012, Mark joined KDVR- FOX31 Denver as a general assignment reporter. He left the channel in August 2015 to join Nexstar Media Group, Inc. in September 2015. He served in the position of White House Correspondent/ National Correspondent in Nexstar. 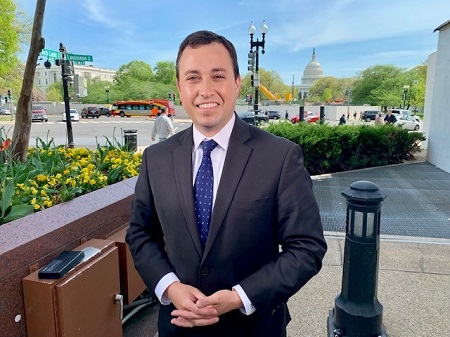 Mark then left Nexstar to join Fox News as its correspondent in May 2019 and has been actively working since then.

As per his Muck Rack profile, his contributions are felt in television channels like KDVR-TV, New Zealand Herald, KLFY-TV, WKRG-TV, WFLA-TV, WIVB-TV, WAVY-TV, KRQE-TV, WOOD-TV, WKRG-TV, and so on.

It has been over a decade since Mark began his journalism career and has already worked on numerous television channels. He might be collecting a decent figure of money from his journalism profession.

As of 2020, Mark Meredith’s net worth is reported to be around $1 million. His current profession as a correspondent for FOX News has helped him to build up such a high figure of worth. Working with FOX News, his annual salary might be in between $75 thousand to $91 thousand.

Well, Mark is currently focused on his professional career. He has never spoken up about his personal life in the media. Likewise, he has not updated anything about his current relationship status on his social media accounts.

Many sources mentioned that he might be married and leading a healthy marital life with his wife, but he is yet to speak up if the fact is correct or not.

As per his Twitter profile, he loves flying, eating pizza, and college football.