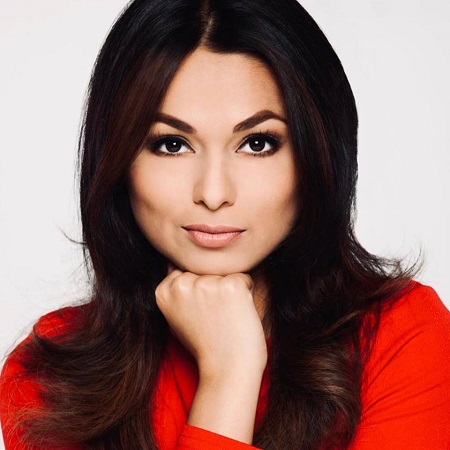 Aishah Hasnie is a Pakistan-born American television journalist and television reporter who started her professional journalism career in 2006. She previously worked as an overnight anchor and news reporter on Fox & Friends First and Fox & Friends, whereas, she is currently serving as a daytime news correspondent. Before that, she was a fill-in anchor at WANE-TV.

Early Life & Education-What Is The Age & Height Of Aishah Hasnie?

Aishah’s nationality is American, whereas her ethnicity is mixed, i.e., Indian and Pakistani. She has a sister named Afiah. Though further detail on her family is yet to be out.

The television reporter studied at Bedford North Lawrence High School, graduating in 2002. She then attended Indiana University to graduate with a B.A. Degree in Journalism. She was a Dick Yoakam Broadcast Journalism Scholar during her university days.

During school days, Aishah got a chance to intern as an on-air reporter for WICS-TV, the television channel, where her cousin, Maira Ansari, worked as a reporter. She then worked at WTHR-TV in Indianapolis and GEO-TV  in Pakistan. 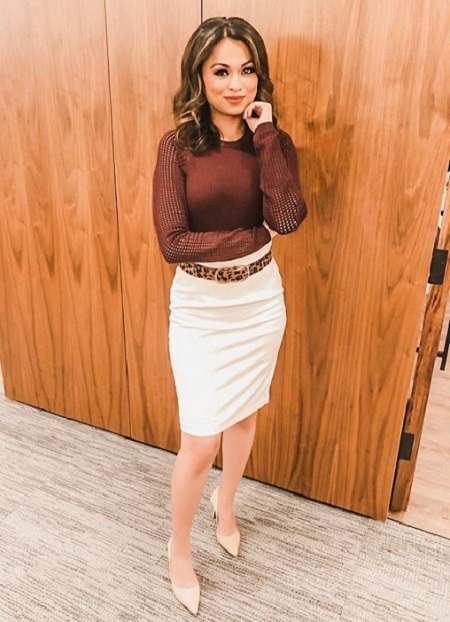 Upon graduation from school, she worked as a fill-in anchor and investigative reporter for WANE-TV. For her work at WANE-TV, she was nominated for Emmy Award. She then went on to work as an investigative reporter at WXIN-TV in 2011. One of her investigations & persistent investigation inspired legislation to change a law in Indiana; she reported on the loophole where crimes in public spaces could not be successfully prosecuted.

In January 2019, she joined Fox News in New York City & ever since is associated with the channel. Initially, she was an overnight anchor and headline news reporter on Fox & Friends First and Fox & Friends. Currently, Aishah is a Fox News daytime news correspondent & is a FOX59 Investigates reporter; also anchors FOX59′s First at Four.

Besides this, she has volunteered as a board member of Circle Up Indy and The Citizens Foundations/ Seeds of Learning.

How Much Is Net Worth Of Aishah Hasnie?

With more than 14 years in the journalism career, Hasnie's progressive career & achievements indeed have backed her up with wide recognition. No doubt, such an eminent career blesses her with considerable earnings. As of March 2021, Aishah Hasnie has an estimated net worth of $600,000.

Although Aishah is yet to disclose her actual salary, she allegedly sums up around $75,000 per year from Fox News. On average, the salary of a reporter n Fox News is $67,736, while the national average payroll of a reporter is $44,477-a-year.

Is Aishah Married Or Dating?

Regardingng her personal life, the American journalist is has kept her lips sealed, especially when asked about relationships. An avid user of Instagram, Aishah's official account with the handle @ahasnie has over 34K followers in 2021. She often posts pictures of her travels, works as well as moments spent with colleagues & friends, however, barely any of them relate to her love life.

For now, Aishah Hasnie is yet to confirm if she is married or dating. Moreover, no report on her husband or boyfriend ever came up. While no strong proof about her relationship is available, online sources alleged her single at the moment. Currently, Hasnie lives in New York City, New York.

She is also active on Twitter, which she joined in April 2009, and has over 19.4K followers.