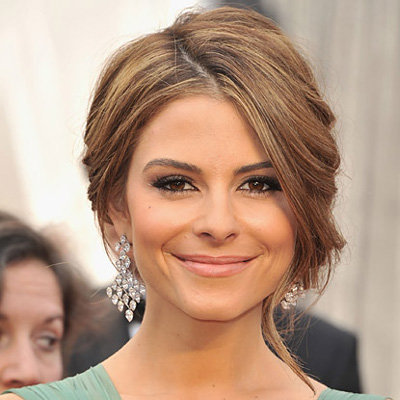 Maria Menounos is one of the leading faces in various field including entertainment and media. She is an actress has played a number of a number of iconic roles in several successful TV series and movies like Fantastic Four, Adventures of Serial Buddies, Extra, and Live from E! as well.

Menounos is a multi-talented woman as her charismatic personality and natural acting has taken her to the greatest heights of success. She is also a journalist and TV personality, as well as a professional wrestler.

Maria Menounos was born on 8 June 1978, in Medford, Massachusetts, the United States of America. She is the daughter born to Costas Menounos and Litsa Menounos. She attended the Dormition of the Virgin Mary Greek Orthodox Church and then went on to study at the Medford High School.

She belongs to the white ethnicity and American nationality. Menounos has been very hard working from her childhood. She has one sibling brother Peter Menounos.

She has been working since her teenage and has always thrived her ways to the paparazzi. She started working for Dunkin’ Donuts from the age of 13 and this shows how motivated she was in her early childhood. She attended a college Emerson College and this was all where it began. She won a golden chance to feature in a video in the year 2000 and she grabbed that opportunity which leads her all the greatest heights of success now.

Maria Menounos has a wonderful career especially in movies and TV shows. She has played numerous roles in television series. She played the role of Gladys in a short film called Fwiends.com in the year 2006. She did the role of Jennifer in a movie called Kickin’ It Old Skool in the year 2007.

In the year 2007, Menounos got an opportunity to do another movie which was In the Land of Merry Misfits in which she played the role of Risandra. She has acted in several other movies like Paranormal Movie, Adventures of Serial Buddies and Tropic Thunder. She played the role of Emily Chambers in a very popular TV show called One Tree Hill from the year 2004 to the year 2005. She has done great roles in TV shows like Scrubs, Entourage, Knight Rider and Clash of the Choirs.

Menounos has appeared in wrestling shows like Raw, Wrestle Mania XXVIII and WWE Hall of Fame.  She has also been a reporter at Channel One News. In 2017, she appeared in the television series Total Bellas. And the following year, she went on to portray in Royal Rumble.

Maria Menounos' Net Worth And Salary

Maria Menounos has earned a considerable amount of money from her prolific career. Her estimated net worth as per Celebrity net worth is around $9 million, as of 2018. In the year 2005, he was a cast in a superhero movie Fantastic Four which was turned out box office hit grossing more than $330 million worldwide against its production cost $100 million. In the movie, she played the role alongside Ioan Gruffudd, Jessica Alba, Chris Evans, and Michael Chiklis.

Menounos purchased a home in Sep 2005 for $2.3 million. The 4,126 sq ft mansion also features five-bedroom and six-bathrooms. She also serves as a TV correspondent for several reputed programs like Today and Access, Hollywood. And her annual salary is more than $86,000.

Maria Menounos is a married woman but has not any child. She tied the knots with her longtime boyfriend Keven Undergaro in late 2017, in an intimate wedding ceremony. The couple dated for more than two decades before exchanging vows.

Menounos and her husband got engaged in the year 2017. He proposed his girlfriend with an impressive ring which also described as an "Ideal round cut Brilliant stone". When they started a love affair Menounos was disowned by her traditional Greek family as her boyfriend a non-Greek.

The pair is still going very strong. She has not talked about getting married till date but as their love seems very true they will tie the knot one day for sure. Her affair with her partner who is a director and a producer was one of the most talked about gossips in the town.

Menounos has a perfect body measurement of 34-23-36 and stands at the height of 5ft 7 inch.