Born and raised in Denmark, Marco Ilso is a Danish actor well-known for playing the role of Hvitserk in the historical drama television series Vikings. Ilso started his acting career at the early age of fourteen in the lead role in 24 episodes of the TV series Mikkel og guldkortet. The actor is extremely secretive when it comes to his personal life.

Marco was born on 29 September 1994 in Denmark to Else Ilso Larsen (mother). The name of his father is Finn Ilso. He holds Denish nationality and belongs to a white ethnic background. His zodiac sign is Libra.

Ilso was raised in Denmark along with his two brothers, Nick Ilso and Ken Ilso. Ken is a former Danish professional footballer who last played for Adelaide United in the A-League.

As a child, Marco was pa s sionate about soccer. He played soccer for a while and played many games for the youth program Karlslunde IF.

Rose To Fame From Vikings

Marco started his acting career at the early age of fourteen, appearing as Mikkel in the TV series Mikkel og guldkortet in 2008. 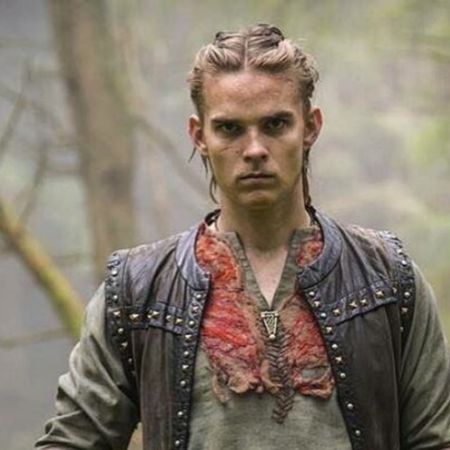 In 2011, he got the role of Niclas in the Danish drama film Rebounce written and directed by Heidi Maria Faisst. He worked with David Dencik, Niels Skousen, and Kirsten Olesen in the movie.

In 2014, Ilso portrayed the character of young Ditlev in the Danish crime mystery film The Absent One, directed by Mikkel Norgaard, starring Nikolaj Lie Kaas, Pilou Asbaek, and Danica Curcic.

Likewise, he got the breakthrough role of Hvitserk in the historical drama television series Vikings in 2013. He worked with high-profile celebrities like Travis Fimmel, Katheryn Winnick, Clive Standen, and others.

What is Marco Ilso's Net Worth?

The Absent One actor has acc u mulated a net worth of $700 thousand as of November 2019. His profession as an actor is the main source of income.

Marco earns $100 thousand per annum as his salary. He has been part of the entertainment industry for several years, so we can confirm that he also earns a hefty amount of money from endorsements and commercial deals.

One of his movies, Department Q: The Absent One, directed by Mikkel Norgaard, has made a box office collection of $11,536,119. The film was also nominated for the Bodil Awards in 2015.

Living Single Life; Who Is His Wife?

Marco is not married, as of April 2021. Besides, he is among the celebrities who are very secretive when it comes to personal life. Ilso is active on social media like Instagram, where he keeps updates on his lifestyle with his fans, but does not share pictures from his private life. 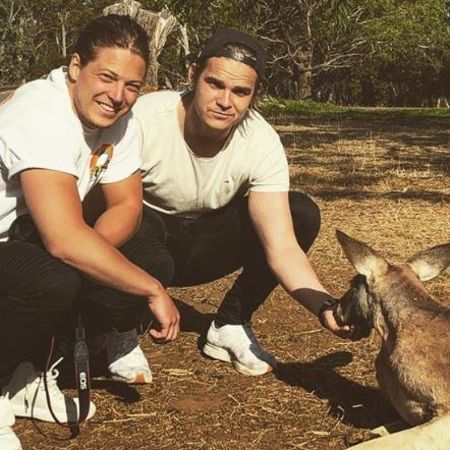 Marco and his friend feeding animals at their vacation SOURCE: Instagram

On April 30, 2019, he posted the picture on his Instragam captioning "Vacation with my best friend." The actor loves to spend her free time with her close friends and family rather than love life.

As of now, the 6 feet actor is single and is not involved in any kind of relationship. Also, many of his fans are curious to know if the handsome is married but, it seems like he is not married at all. He has not uploaded anything relating to it (relationships and affairs) on social media.