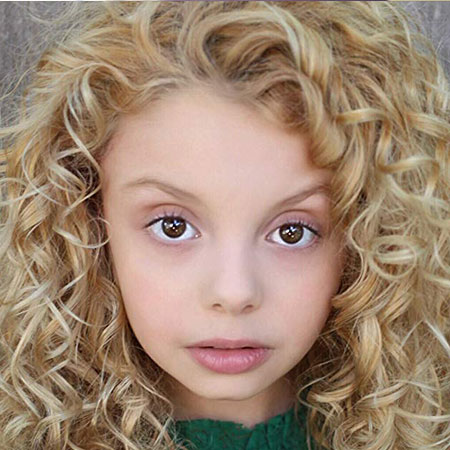 Born and raised in the United States of America, Mallory Mahoney is a child actress. She started to come into the limelight after she played as Katy Cooper in the TV movie Adventures in Babysitting. Mahoney is one of the most talented and popular child actors in the film industry. Not only at acting, but she is also good at her studies. She currently resides at Fort Worth, Texas with her parents and cousin.

Mallory Mahoney was born Mallory James Mahoney on January 31, 2005, in the United State of America under the zodiac sign of Aquarius. People of this zodiac sign show the traits like a deep thinker and highly intellectual people. Mahoney holds an American nationality and as for her ethnicity, she belongs to White American ethnicity. 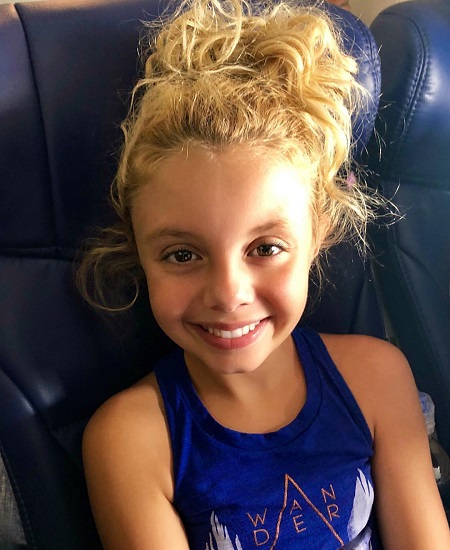 Mallory's father's name is Michael Mahoney and mother's name is Natalie Griffin Mahoney. Mallory studies at River Trails Elementary School and she is a bright student there. She also earned a Citizenship award when she was still studying in elementary school.

She is currently pursuing her acting career alongside her studies. Even though she loves acting, she does not want it to affect her education.

Mahoney was at the age of 5 when her parents took her to the children's play (Stuart Little) which became the turning point in her acting career. After that, she went to Cathryn Sullivan's Acting For Film Studio to study acting.

Later, she signed a contract with Kim Dawson Agency. Before acting on a movie, she used to act on commercials for Chuck E. Cheese. In 2014, she played in the lead role as Jenny in the short film Dig. Later in 2016, she made her appearance in the TV movie Adventures in Babysitting alongside with Sabrina Carpenter.

The TV movie, directed by John Schultz was a remake of the 1987's eponymous movie. The same year, she did a recurring role in the Rooster Teeth's online series Day 5. Mallory even played a role as Taylor on a movie named Heaven Sent.

Besides, she also made her appearance on a TV series Bunk'd as Destiny Baker in 2018. She even appeared as Eleanor in Tough Cookie.

Mallory Mahoney has not revealed her net worth to the media yet. As a child actress, she has collected some decent amount of money. According to the source, a child actor earns between $1,166 to $3,403 weekly.

Mallory started her acting career during her childhood when she was at the age of 6. She has worked on many movies such as Dig, Adventures in Babysitting and Haven Sent. Not only on a movie, but she also made her appearance on TV series like Day 5 and Bunk'd.

“Because the greatest part of a road trip isn’t arriving at your destination. It’s all the Wild stuff that happens along the way.” -Emma Chase #roadtrip #dogroadtrip #dogsofinstagram #saycheese #BarkWahlberg #Botticelli Have an Awesome Weekend Friends!!!!

She seems to be fond of pets especially dogs as per Instagram posts. She has two dogs barkwahlberg and Goldendoodle. She loves to spend her free time with them.

Mallory Mahoney is just 13 years old and currently resides with her parents in Fort Worth, Texas, the United States. Her cousin also lives together with them. She is studying at a school in Texas at the moment.

She spends most of the time traveling to different places with her parents. On her free times, she loves to play with her two pet dogs.

A post shared by Official Mallory James Mahoney (@malloryjamesmahoney) on Dec 31, 2018 at 9:57am PST

You May Also Like: Scarlett Estevez, Anthony Gonzalez, and  North West