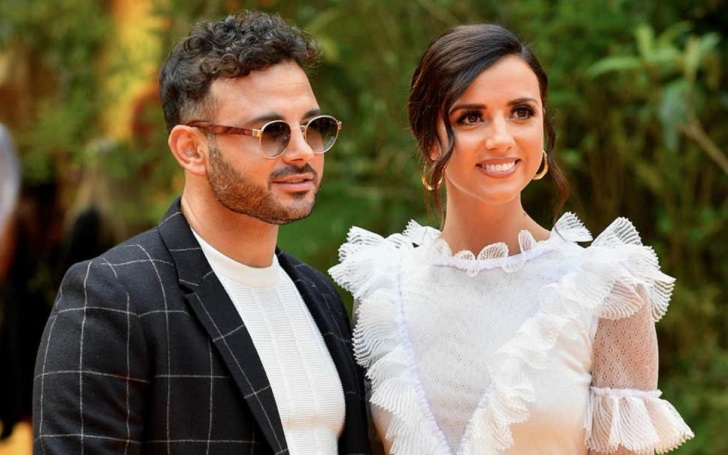 Lucy Mecklenburgh, who is known for appearing in ITV2 reality series The Only Way Is Essex, will soon be welcoming her first baby with fiancé Ryan Thomas.

The 28 years old businesswoman announced the happy news via Instagram on the evening of her 28th birthday. She also debuted her growing baby bump in a figure-hugging red dress.

In the picture shared, Lucy can be seen cradling her baby bump as she adorably gazed at the babygro. In the caption section, the reality personality admitted that being pregnant is the best present she has ever had with a baby emoji and heart emoji.

On the other side, the 35 years old actor posted a video on his Instagram where his first child with former girlfriend Tina O’Brien sheds tears of happiness after knowing the news. Tina and Ryan were in a relationship for around six years.

....when Scarlett found out she was going to have a little brother or sister. @lucymeck1

Their new baby will be joined by half-sister Scarlett.

On the special day, Ryan surprised the soon-to-be-mother with a designer dress designed by Alexander McQueen.

Can we do it all again please @ryanthomas84

For now, the couple is still on the cloud following their lavish-star filled engagement party at the end of last month. Ryan popped out the question in the picturesque Italian resort of Positano back in June. The pair shared their engagement news via their respective Instagram.