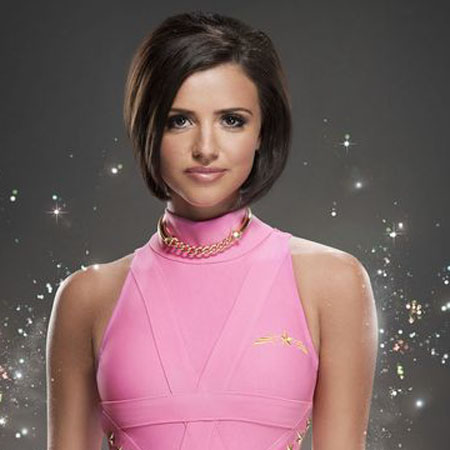 Lucy Mecklenburgh is a British actress and entrepreneur. Mecklenburg is well known as one of the cast members of the British reality series ,The Only Way Is Essex. Besides, she is also popular for her Lucy's Boutique fashion collection as well as modeling career.

The English actress and entrepreneur, Lucy Mecklenburgh was born as Lucy Olivia Mecklenburgh on August 24, 1991, in Essex, England. She is the daughter of Paul and Linda Mecklenburg.

Mecklenburgh grew up in her birthplace, Essex along with two sisters, Lydia and Christie and has done her schooling from there as well. Regarding her nationality, Mecklenburgh is a British and ethnicity wise; She is  White.

In 2010, Lucy Mecklenburgh came into highlight as one of the cast members in the British ITV2 reality series; The Only Way is Essex, where she appeared as the girlfriend of Mark Wright.

Mecklenburgh stayed on the show for three years before opening her clothing range for Pretty Little Thing, where she designed a collection for Ellesse sportswear and modeled in their advert.

Mecklenburg also opened her shop called ‘Lucy's Boutique,' an Essex-based retailer that specializes in dazzling prom dresses. She then rocketed in popularity after starting her fitness brand named ‘'Results With Lucy’- the first online personal training and nutrition website.

Mecklenburg is currently modeling for a Selected modeling agency. Moreover, she did a modeling campaign for Barry M. in the year 2016. Besides, Mecklenburgh also published a book called Be Body Beautiful.

The fashion, beauty and fitness icon, Lucy Mecklenburgh is aged 26 and is not married yet. Mecklenburg is dating Coronation Street actor Ryan Thomas since 2017. The couple first met on Celebrity Island.

Mecklenburg and her boyfriend, Thomas were spotted kissing at London City Airport on June 27. The couple created dating rumors in June after they posted several images of the same bathroom suit in Panama.

After few days, the pair shared snaps from the same swimming pool in Santorini. Previously, Mecklenburgh was in a relationship with an English TV personality, Mario Falcone in 2012. Nonetheless, their relationship couldn’t last long and split up in 2013.

Soon after, Mecklenburgh had an affair with Tom Pearce for few months before she started dating Gethin Jones in 2014. From 2014-2016, she dated British artistic gymnast, Louis Smith.

The charming girl, Lucy Mecklenburgh has earned a good amount of money from her career. As an entrepreneur and television personality, Mecklenburgh’s estimated net worth is $3.27 million.

Besides acting, Mecklenburgh is a good author as well, she has written a book: Be Body Beautiful which is available on Kindle for $10.45, whereas its paperback costs $18.02. One of her fitness brand, With Lucy’s net worth is more than $100K in 2017. She is 5 feet 5 inches tall.