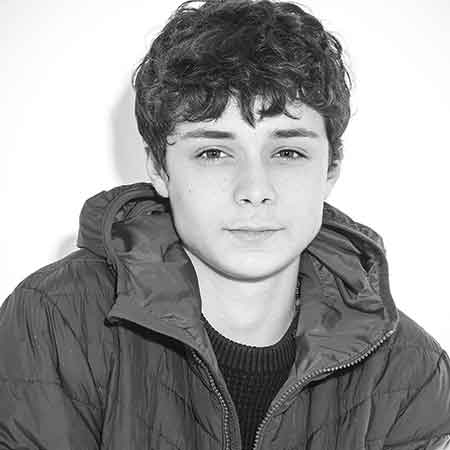 American actor, LucasJade Zumann is popularly known for portraying the role of Milo in the horror film, Sinister 2 which was his debut movie. He is also well known for his work in 20th Century Women and Anne with an E.

Lucas Jade Zumann was born to Matthew Zumann on 12th December 2000 in Chicago, Illinois. He is Sagittarius which defines his personality to be curious and energetic.

His parents raised him with his three brothers. Zumann attended Hebrew School.

Lucas Jade Zumann made his acting debut after he was discovered by a talent agency while auditioning for a Disney agent at Paskal Rudnick casting. Zumann then worked in a production of the musical Oliver! at Music Theater Works.

In 2015, Zumann earned his big role as Milo (ghost child) in a supernatural horror film, Sinister 2 directed by  Ciaran Foy. He gained mainstream stardom from his debut movie. The same year, he made his debut in TV in an episode of Netflix's sci-fi drama web TV series, Sense8. The series starred Jamie Clayton, Max Riemelt, and Miguel Angel Silvestre.

Since 2017, Zumann is portraying the role of Gilbert Blythe in Netflix's TV series, Anne with an E based on the 1908 novel, Anne of Green Gables by Lucy Maud Montgomery. He shared the screen with Amybeth McNulty, Geraldine James, and R.H. Thomson.

As of 2018, he portrayed the character of Nathan/A in Every Day and is also working in upcoming movies like To the Stars and Dr. Birds Advice For Sad Poets.

The rising actor, Lucas Jade Zumann has an estimated net worth of million dollars, however, the actual amount is still under review. He appeared in several movies that grossed an impressive amount at the box office.

Lucas Jade Zumann is unmarried. He won the hearts of millions at the short period of time and has an impressive fan following on his social media too. As of 2018, he has over 351k followers on his Instagram account.

Zumann has not spotted with anyone and not introduced anyone as his girlfriend. But he posts several pictures with a beautiful lady, Liz Nebel due to which his fans speculated that she might be his partner. Zumann, however, mentioned the lady as his best friend who is always by his side.

To my best friend in the whole world, thank you for coming out to New York to finally see 20th Century Women. You have always been there for me and I wouldn't be the same person without you. I love you so much .

Besides, he was born into a family of artists. His whole family is actors and musicians. His mother used to perform in a musical theater when she was a kid whereas his father plays a bunch of instruments.

Here is the video which shows facts about LucasJade Zumann: