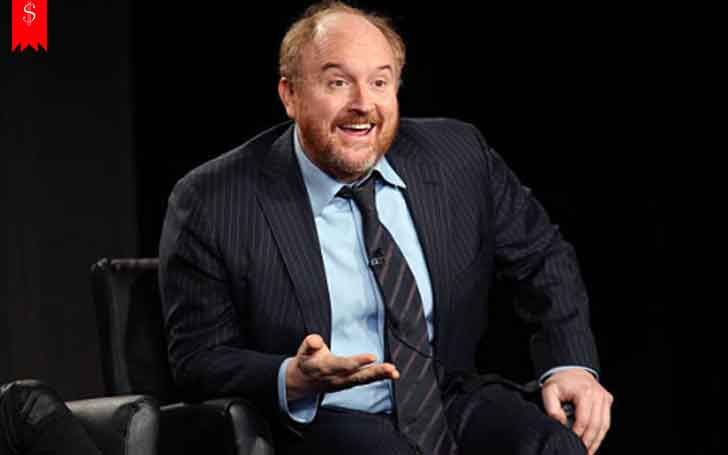 The gifted comedian Louis C. K. is loved by many for his astonishing sense of humor. The One Night Stand star has been in the entertainment industry for three decades now, earning quite a hefty sum.

Everyone looked up to C.K.  as one of the reputed comedians until his dirty deeds were uncovered. He was accused by many women of sexually abuse after which the award-winning comedian's reputation just went down the drain. Let's look into his lifestyle before and after the allegations.

Soon after his graduation, CK decided to pursue a career as a comedian. In the beginning, he played minor roles in local channels. Later he performed on several stand-ups comedy before joining Saturday Night Live.

The comedian then got his breakthrough role from the HBO stand-up series One Night Stand in 2005. Following the success, he created his own television sitcom Lucky Louise in 2006. The show is a realistic portrayal of an average working-class family.

For his amazing acting skills, the comedian won several awards including Emmy Awards, Satellite Awards, The Comedy Awards, Critics' Choice Awards, and many others. From his marvelous career, the comedian accumulated an impressive net worth $25 million.

C.K's flourishing career took downfall when he confirmed that the series of sexual misconduct allegations were true. He was ousted from several of his projects.

Following the statement, he was soon neglected by several media house and television channel. His movie I Love You, Daddy rejected by the distributor The Orchard and his co-stars refused to promote the movie.

Making things worse for the comedian, FX Networks, and Netflix cut ties with C.K canceling their projects. Illumination Entertainment concluded their relationship with the actor and replaced Patton Oswalt in the sequel of The Secret Life of Pets. The Disney also fired C.K from the television series Gravity Falls.

Following all the drama, the gifted comedian is maintaining a low-key personal life. As of now, C.K is not on any social media accounts which makes difficult for his fans to connect with the actor.