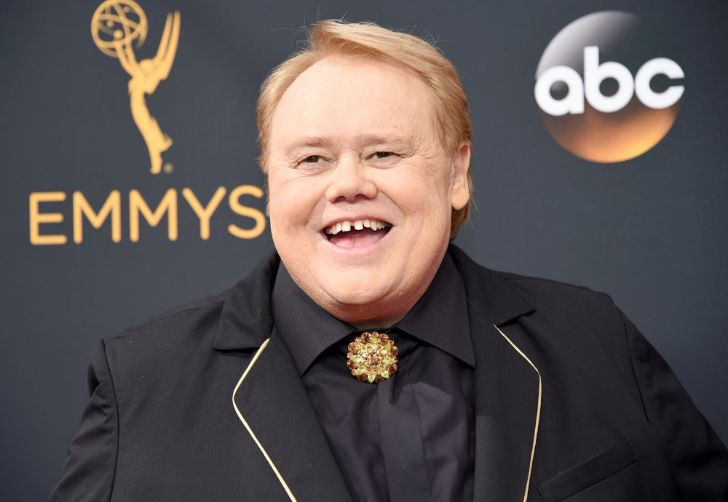 Three times Emmy Award winner Louie Anderson, an American actor, comedian & author is widely famous as the creator & voice-actor of the animated series Life with Louie (1995-98). Considered "One of 100 Greatest Stand-Up Comedians of All Time", Anderson turned professional in 1984 as a stand-up comedian in The Tonight Show and has since made many TV appearances- was a recurring cast in TV series Baskets (2016-19).

Moreover, throughout his career spanning more than 36 years, Louie has served as host of game shows such as Family Feud, and Funny You Should Ask.

In an interview with WTF with Marc Maron in 2016, he revealed that his mother had actually given birth to 16 children but five of them (including the first baby & two sets of twins) died at birth.

The Wrong Guys actor who describes his father as abusive grew up in the struggle. After attending Johnson Senior High School in Saint Paul, Louie worked as a counselor at a home for abused children. By 1981, his interest in comedy began to take shape after he met comedy legend Henny Youngman, and began writing one-liners for him.

Comedy Debut As A Professional & Step Into On-Screen

Anderson made his debut as a stand-up comedian on The Tonight Show in 1984; the same year, he earned his film debut in a minor role in Cloak & Dagger (1984). With an appearance alongside Bronson Pinchot in the pilot episode of Perfect Strangers in late 1985, he worked as a panelist in the TV game show The New Hollywood Squares (1986-88).

Then, he worked in the films Ferris Bueller's Day Off (1986) & The Wrong Guys (1988). So far, his commercially successful film is the 1988 romantic comedy Coming to America starring Eddie Murphy, Arsenio Hall & James Earl Jones; it made $288.8- $350 million in the box-office over the budget of $36 million.

the American comedian plus actor made many guest appearances as self in shows: The Arsenio Hall Show, The Tonight Show Starring Johnny Carson, and Late Night with David Letterman until the mid-90s.

Is Winner Of Three Emmy Awards

From 1995 to 1998, Louie Anderson voiced-over & served as writer in the self-created animated series Life with Louie. It won him two Emmy Awards (in 1997 & 1998) for Outstanding Performer in an Animated Program. 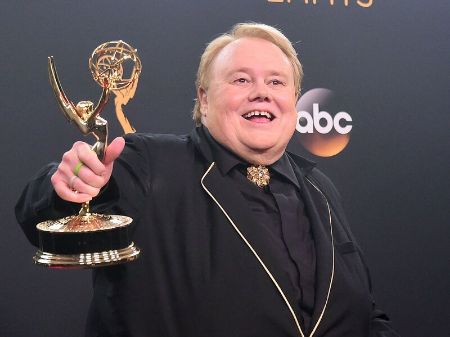 Why Was He Fired From 'Family Feud'?

Anderson hosted 7 episodes of Family Feud (1999-2002). Shortly after the 9/11 attack, to raise money for NYPD and FDNY Widow's Fund, Louie ran an NYC police vs. firemen week for the show. In addition to that, Louie Anderson came up with the idea of Family Feud jackpot from $10,000 to $20,000 to raised money for charity causes; it led the show rating higher. 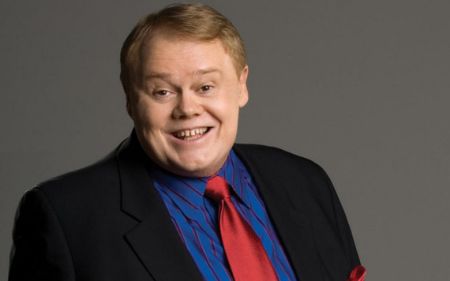 CAPTION: Louie Anderson was the host of Family Feud from 1999 to 2002 SOURCE: River Towns

But after Tribune Entertainment acquired the syndication rights to the show, Anderson was fired from Family Feud citing the show's declining ratings and fallout from Louie's blackmail scandal.

Throughout the 2000s & mid-2010s, he made numerous guest appearances in TV series such as Ally McBeal, Scrubs, V.I.P, Joey, Pickle and Peanut, and Drunk History.

Since 2017, Louie appears as self in the syndicated American game show Funny Should You Ask, where Jon Kelley served as the presenter. After working in Search Party (2020), he made his most-recent on-screen appearance in the film Coming 2 America (2021).

Net Worth of Louie Anderson In 2021

According to Celebrity Net Worth, Louie Anderson has a net worth of $10 million as of 2021. Without a doubt, his TV career as an actor & comedian grabbed him a considerable sum of money- throughout his career of 36 years, he records 42 acting credits. Reportedly, as the host of Family Feud, Anderson made $1.5 million in earnings.

Aside from TV works, Louie collected a decent sum as an author of 4 books: The F Word: How to Survive Your Family, Dear Dad: Letters from an Adult Child, Goodbye Jumbo... Hello Cruel World and Hey Mom: Stories for My Mother, But You Can Read Them Too (2018).

Was Louie Anderson Ever Married? Is He Gay?

Anderson was once married but it lasted for four weeks only. Reportedly in 1985, he had exchanged vows with his high-school sweetheart but the relationship was bid a farewell shortly. Though, further details on Louie's wife never came up. Since then, no update on his dating story or girlfriend has surfaced.

Despite being an avid social media user with 48.9K followers on Instagram (@louieanderson) and 43.7K followers on Twitter (@LouieAnderson), the actor currently in his late 60s, barely shares his personal stuff. 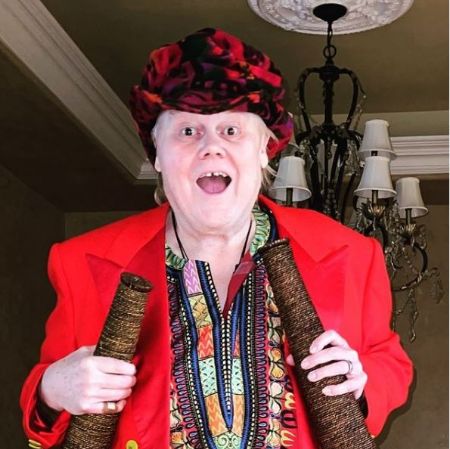 Back in the late 90s, rumors of Louie Anderson being gay came up. It was reported that he got blackmailed by a guy named Richard John Gordon, who threatened to reveal that Louie had approached him in a casino in 1993 with a sexual proposition.

Even after all these incidents challenging Louie's sexuality, he never confirmed if he was gay or ever made comments on the incident.

He lived in Las Vegas during most of his career & currently resides in Los Angeles.