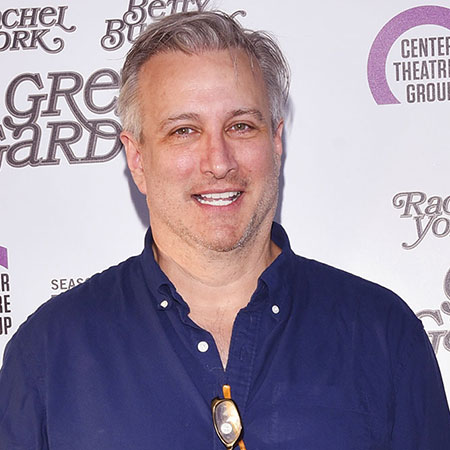 Gracing Hollywood with his presence for more than 36 years, Bronson Pinchot is an American actor who is known for roles in films like "Risky Business" (1983), "True Romance" (1993), "Beverly Hills Cop III", "Beverly Hills Cop" (1984).  A man of many talents, Pinchot is also known for his extensive work in the voice acting field and as of 2014 had more than 100 audiobooks to his name.

Bronson Pinchot was born Bronson Alcott Pinchot on May 20, 1959, in Manhattan, New York City, the U.S to father Henry Pinchot and mother Rosina Pinchot who is of Russian descent. He has a brother named Justin Pinchot who is also an actor. He belongs to mixed ethnicity and is an American by nationality.

Although he was born in New York, he was raised in Paris, France, and Southern California. Regarding his education, he studied at South Pasadena High School and graduated with highest honors.

He was the topper of his cla s s and got a full scholarship to Yale University. He studied fine arts in Morse College and graduated magna c u m laude.

Pinchot was discovered after he was cast in a play which earned him the role of a play Risky Business in 1983. Then in 1984, he played the film Beverly Hills Cop and the same year, he played in the film The Flamingo Kid. Notably, he played the role of Elliot Blitzer in the Quentin Tarantino written film True Romance. Then he acted in several roles for the next 3 decades in various films.

The video below is a clip of an interview of Pinchot on Entertainment Tonight.

He started his TV career in 1985 when he played Dennis Kemper in the series Sara. The same year, he directed an episode of Amazing Stories. His most notable role came in 1986 when he was cast as Balki Bartokomous / Mama in Perfect Strangers. He appeared in 150 episodes of the series as a lead actress.

His other notable roles include 3rd Rock from the Sun, Law & Order: Criminal Intent and The Mysteries of Laura where he worked alongside P.J. Marshall and Debra Messing.

Pinchot work in show business is instantly recognizable, he is an established actor who is considered a veteran of the industry. From his stellar career, he made a decent net worth of $3 million.

His exact earnings from his career have not been revealed, however, as per some sources, the average earnings of an actor are around $50.88 as per data from Chron. Similarly, the median salary for a voice actor is $87.50 per hour. Considering Bronson Pinchot's legacy, and experience in the entertainment world, we can easily speculate Bronson Pinchot may earn way more than the above-given figure.

Pinchot is currently single and unmarried, however, he was engaged to Amy Heckerling in the past. The duo dated for 4 years and was engaged but later they called off their engagement after facing several problems in their relationship.

Pinchot was also linked with Marcy Walker in the past. The couple started their relationship when Pinchot was trying to make his space in the showbiz. They reportedly started dating in 1984 and dated till 1985. Apart from this, there is no information regarding his other girlfriends and affairs.